Can the CPU´s younger sister´s really save their sisters and the world?

Hyperdimension Neptunia Re;Birth 2 is the PC port of the popular Vita title, released on Steam on May 29th 2015 in Europe.

Gamindustri is facing a dire crisis in the year of 20XX. People are overworked, stores are closed and 80% of the youth are followers of Asic (the Arfoire Syndicate of International Crime) Moral is at an all time low. Though there is still hope to save Gamindustri!

Hope for Gamindustri comes packed in a tiny package called the cpu candidates and their friends. They will have to save their sisters and overcome Asic's evil plan before they can do any more damage to the already collapsing Nations but in doing so Asic will show their true colours.

Planeptune has a plan and after 3 long years they are finally able put it into action. With the help of  IF and Compa, armed with the key to saving everyone the CPU´s are sent to the Gamindustri graveyard and are able to save Nepgear CPU candidate of Planeptune and younger sister of Neptune, the CPU of  Planeptune. 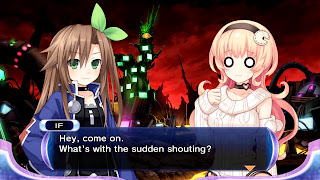 Nepgear, IF and Compa are asked to go on a quest by the Oracle of Planeptune to look for the mascot of each nation in Gamindustri. But things are never easy, especially with Asic hindering their efforts and attempting to destroy the mascots the group are trying so hard to find. As the girls push on with their adventure, they meet the CPU candidate´s of the other nations but sadly they initially aren't so happy to team up with our Heroes. Luckily though over time they have a change of heart and agree to help out in the Quest to find the game mascot´s and save their sisters from Gameindustri graveyard. 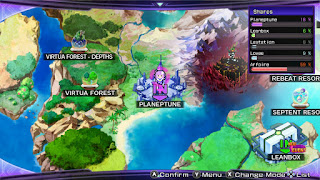 The Steam Version of  Re; Birth 2 runs  at a dazzling 1080p right off the bat  on release day. However there are always some drawbacks to porting a Vita game to PC, during the process of upscaling some of the visual sharpness has been lost. While it causes no issues during general gameplay this loss is most noticeable in cutscenes and during exe moves where the framerate doesn't stay consistently high, this may be in part down to individual setups but also it appears there are some current optimisation problems that hopefully is sorted in a future update. It's older sister Re;Birth 1 did not suffer from this poor optimisation so there is yet hope. Control choices for the PC version are controller or Keyboard and mouse much like Re;Birth 1. For this review I used the Rock Candy controller for the 360 and PC, as well as some Keyboard and Mouse. Keyboard controls work well and give you the choice of control sets utilising just the keyboard, or keyboard and mouse, which is great as many players have their own personal preference and it is nice to have the options. When it came to playing with the controller I had no issues at all and didn't need to change any key bindings,  the use of which is very smooth and fully functional, so if you have don't own a Vita and want play the game - this is a great way to play it. 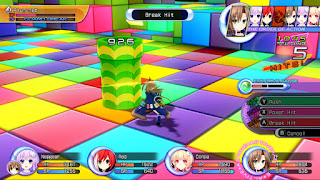 Gameplay is pretty clean. You can move around to different locations on the world map and you will enter the locations which will be dungeons you travel around, explore and fight monsters as well collect items. On the world map there also the towns of Planeptune, Lowe, Lastation and Leanbox which you can visit to shop, pick up quests and turn quests in, gather info as well as finding various events.

Stella´s Dungeon is a brand new feature for Re;Birth 2 which has also been carried over to this port. It is a real time roguelike mini game were you send Stella into a dungeon and after a set time she will come back with items for you and for herself, though if she fails she will lose everything she has found and has equipped on her so be careful in your choices.

Also returning from Re;birth 1 is the remake system where you collect the items needed to complete  plans that you will find or be given as you play. When these are completed they unlock new dungeons, layouts,  new monsters, new items as well as other things  which really made me want to explore and see what more there is.

Battles are turn based, you can move around the somewhat limited battlefield to attack the enemy or move away from them to heal. Battles are pretty easy to get the hang of and only should take you 1 or 2 battles to learn the in's and out´s of . Some battles are not a cakewalk though so make sure to grind.

When it all comes down to it Hyperdimension Neptunia Re;Birth 2 is a lovely little gem, the story will keep you wanting to learn more while having a laugh with the near constant humour. Fighting and gather all you need, to make a plan active in the remake system. Only real big downpoints are the graphical issues that currently affect the game, but they are not the worst and might be fixed but we must remember that this was a Vita game ported to PC and upscaled so problems are to be expected.

Just be warned that until the optimisation issues are resolved this may not play well on low end systems and laptops, unlike Re;Birth 1.

Currently available on Steam for £11.49 here.

The recommended spec's are as follows:

Posted by GundamNero at 15:21
Email ThisBlogThis!Share to TwitterShare to FacebookShare to Pinterest