News: Digimon World Next Order Set for Japan in 2016 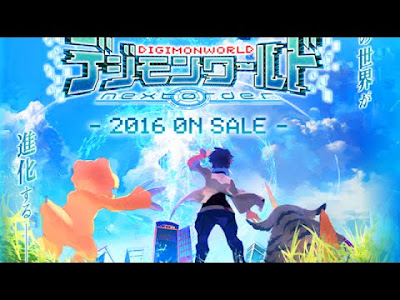 Bandai Namco have announced a new Digimon game for PSVita, Digimon World: Next Order.
While little is known of the game play details so far, The latest teaser seems very reminiscent of Digimon World 1 on the Playstation 1 - showing scenes from the original before welcoming you back and giving us a few images of what looks to be the updated title with improved 3d graphics & a seemingly larger world.

It seems like the title could possibly bring Digimon to modern day standards as it shows the protagonist and their partner exploring this evolved digital world, with some of the core elements fans have missed in recent titles also teased.

It has also been described as an evolving world, What this means is open to speculation. One theory is that your choices shape the whole of file island, another is that the city will grow as it did in the first game.

Digimon World: New Order is set for release in Japan during 2016, with no news of a localisation for the US or Europe as of yet.

Check out the teaser below.


Posted by Unknown at 15:23
Email ThisBlogThis!Share to TwitterShare to FacebookShare to Pinterest