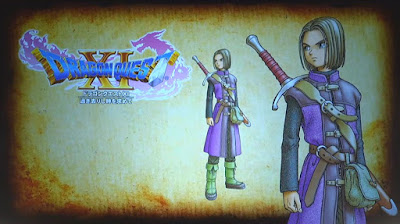 Square Enix announces Dragon Quest XI: In Search of Departed Time for PlayStation 4 & 3DS.
The latest main entry in the series is to be directed by Takeshi Uchikawa and produced by Yosuke Saito with music by Koichi Sugiyama. The two versions announced, with Nintendo's NX also being considered, will both feature most of the same content and only differ in graphics. Square Enix is hoping to release Dragon Quest XI during the series 30th anniversary next year. You can view first footage of both versions below:

Posted by Unknown at 17:37
Email ThisBlogThis!Share to TwitterShare to FacebookShare to Pinterest