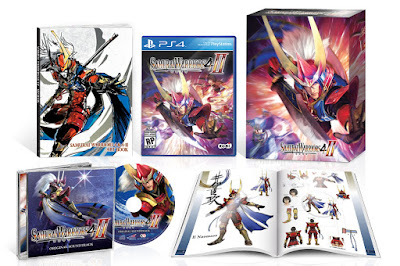 NIS America has announced a PlayStation 4 limited collectors edition of Samurai Warriors 4-II.
This special edition, which will launch alongside the standard Koei Tecmo release in North America, will be available exclusively through the NIS America Online Store and will feature:
Samurai Warriors 4-II is due to release for PlayStation 4, PlayStation 3, PSVita & PC (via Steam) in on September 29th (NA) & October 2nd (EU).
Posted by Unknown at 21:45
Email ThisBlogThis!Share to TwitterShare to FacebookShare to Pinterest