Welcoming a fellow Otaku to the fore...

No gaming news today. Sumimasen! Instead Ill be focusing on Blog related news with some other small tidbits. Ive been at a work meeting for the past couple of hours so my brains frazzled (I work at an Estate Agents. Funnily enough I know absaloutly nothing about the industry! Thats why my brains frazzled)

First off, the Bosman signing of the season. Well, if we was talking football anyway. After some not-so-tense discussions this week, my good friend Andi Camac has joined the blog and will be posting some juicy Otaku news & reviews as an Author. Understandably due to his family commitments and also his work reviewing for Punx, there wont be daily posts like I do. Still, it'll be good to have something different to read plus Andi's reviews should be a treat. If they end up anything like his Punx ones (Here's one to have a peek at), You'll know by the end of it exactly whats good/bad. He's no pandering Yes man. That kind of integrity is hard to come by these days in reviewers as they tend to feel obliged to pander to big publishers. We dont want any of that here, so Andi's involvement should go down a treat. I know if I buy a game n pass it to Andi to review, if its bad he'll just tell me straight that its doggers n Ive just wasted my money. Looking forward to seeing what he has in store for the Blog. Pass the Sake!! 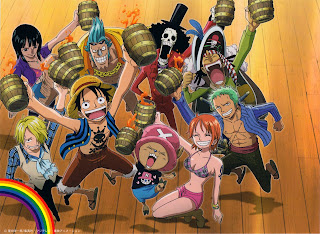 If you remember my first post I stated that it'd be good for everyone getting their news from a singular viewpoint? With Andi joining, that still applies. Our taste in games is very similar, although his knowledge of JRPG's far exceeds my own (I tend to look to him for guidance of JRPG purchases) The last 3 posts Ive done have been gruelling. It takes at least a good few hours to research the content and write it up before posting. This blog is more work than I realised so the extra post by someone else every now n again means I can ease up a little too. Im also not against adding more Authors in the future too If I meet people interested enough with an Otaku taste in games.

Due to this development Ive changed the url for the blog so it is no longer otakugamergeoff.blogspot.co.uk, its now - http://otakugamersuk.blogspot.co.uk/

So what else is there? Well Andi was kind enough to tweet me a trailer for Hatsune Miku: Project Mirai 2 for the 3DS during the meeting this morning. Im sure I looked a sight trying to contain such a huge burst of instantaneous HYPE! The grin on my face while checking twitter on my concealed phone probably had people thinking I was looking at something else. Ive had a quick look into the game and it seems pretty much the same as Project Diva except for the ChiBi styling of the characters. The song roster and Module count isn't as high either. Still, Id buy it day one! Due for release on 28th November in Japan theres still no word on a release in the west by SEGA. As Andi tweeted afterwards "Its SEGA, more chance of the WiiU becoming popular" and he's probably right......

On the subject of Project Diva (My Review is standing at 1,870 views. Mind Blowing!), Ive recently taken a liking to Kagamine Rin. Her songs on the game are easily the best. They tend to fall more in line with Jrock than Jpop. With Miku its the same. I tend to favour her Jrock styled songs than the poppier ones. Saying that Rin & Len's Remote Controller is probably the catchiest song on the game and thats more pop than rock lol Make sure to check out 2 of her songs in Tengaku and Tokyo Teddy Bear to see what I mean with regards to Kagamine Rin. Actually its probably due to her using a modified Dreamcast controller in the Remote Controller video............ 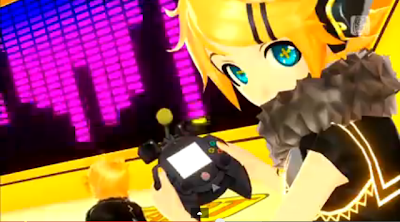 Theres not really much news at the moment to pass on, A new trailer showing the improvements for Atelier Rorona+ has gone Live (Youtube) and Puyo Puyo Tetris is in development (due on Ps3 & Vita but no western release date yet) being about it from what Ive seen today so I guess we'll have to wait for the Tokyo Game Show to kick off properly on September 19th. Its back to buisness as usual tomorrow with regards to the blog. Ill have a think later of what game to cover. I have had a review planned for release before the weekend but Im goin to delay it till monday to give myself more time with the game.

Dont forget to follow my Twitter @MadchesterManc & also Andi's too @andicpunx for updates on the blog for you Otaku's
Posted by Unknown at 16:22
Email ThisBlogThis!Share to TwitterShare to FacebookShare to Pinterest