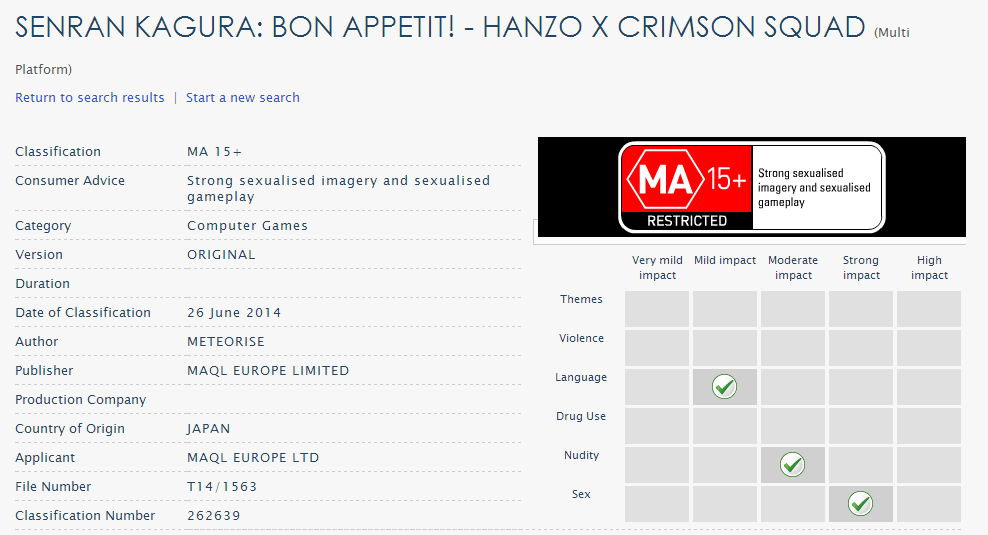 An Australian rating has been spotted for Senran Kagura: Bon Appetit.
Upon closer inspection, MAQL Europe is noted as the publisher & with Australia being part of what is considered a 'PAL' territory, it means an EU release of the rhythm cooking title could be announced in the near future.

Xseed have also taken the time to clarify how the two game situation for Senran Kagura: Bon Appétit in Japan will be sold done in the west. Instead of  being marketed as Pack A and Pack B, Senran Kagura: Bon Appétit – Hanzo X Crimson Squad will be the main game, which is Pack A in Japan & the Gessen X Hebijo (Pack B) will be sold as DLC instead of as a seperate title as in Japan.


Source [Siliconera]
Posted by Unknown at 11:09
Email ThisBlogThis!Share to TwitterShare to FacebookShare to Pinterest