News: The Beautiful World of No Man's Sky 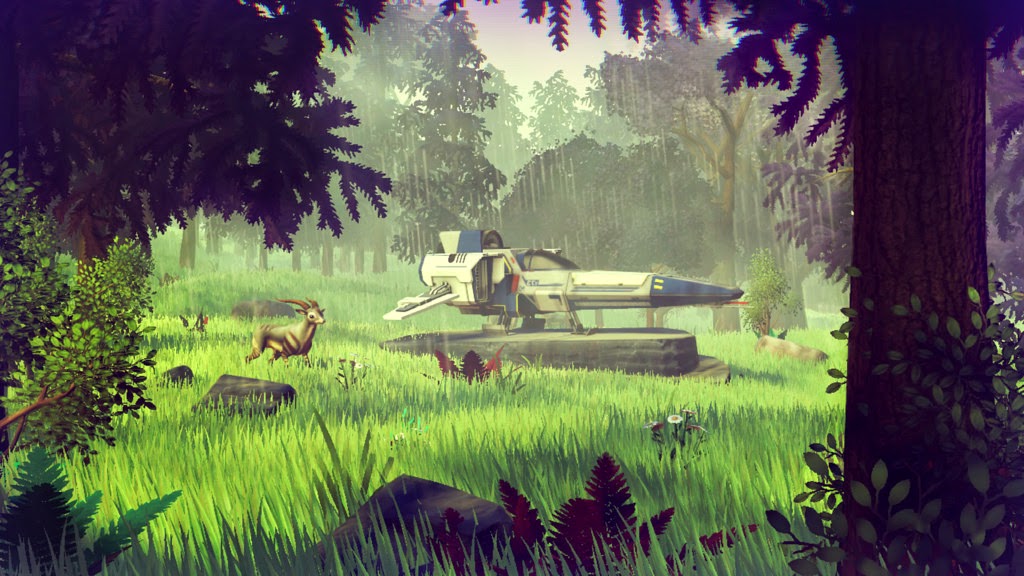 Over at the PS Blog, Sean Murray the Managing Director at Hello Games has been talking about his studio's upcoming title, No Man's Sky.

If you are not aware of what the title is well it is a simple indie title which a huge ambition.  You are travelling around the universe discovering new things along your way.  This here is the feature which he spoke about today.  The one thing which has amazed him is how much attention his game is getting even though it is an indie title.  If you have seen any footage of it I cannot see why he is surprised.  The game is pouring with quality and an adventure that is only as big as you are willing to explore.  Seriously, the game has
18,446,744,073,709,551,616 planets to explore and every single one is different and ready to be discovered.  The beauty of the game is that there are no loading times for the planets as they are all computer generated based upon a single number, a single seed which random generates every item upon that planet.  As the MD he does not get to see every phase take place during development so there are times in which the game surprises him too.


"My favourite moment so far from making No Man’s Sky happened a few months back. David was adding four-legged creatures to the game (he insists on calling them ungulates), Hazel was adding a weather system, and Ryan was adding collision to all the trees (which is really hard when you have a whole forest full of them). I hadn’t seen any of this, and I was flying around the universe, trying to take some screenshots. I neared the surface of a planet and suddenly it started to rain. As I was touching down I scared some deer who broke through the woods, dodging in and out of trees. Now this was jaw-dropping to me, because I’ve never seen any of these systems before, but also it felt like this was a real place I’d discovered. No one had been there before, and I didn’t know whether to shout excitedly, or just keep it to myself."

No Man's Sky is due out later this year and is coming to PS4 and later to PC.
Posted by Unknown at 15:27
Email ThisBlogThis!Share to TwitterShare to FacebookShare to Pinterest