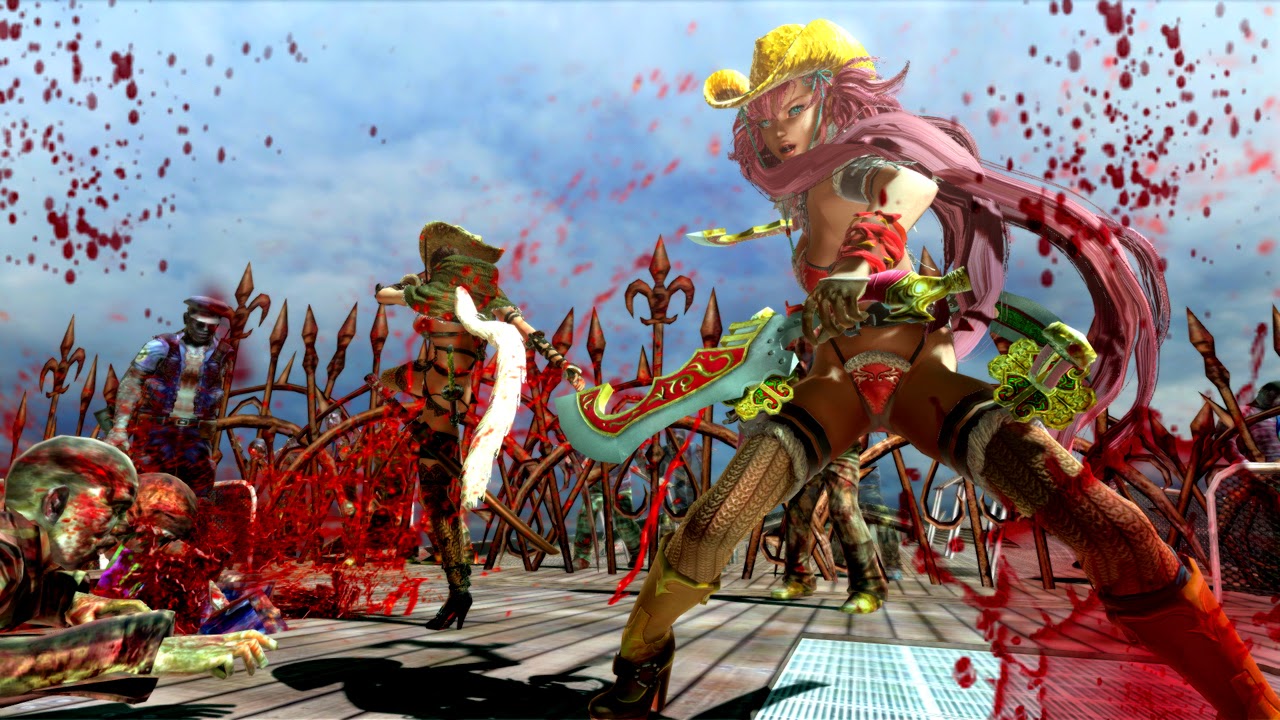 A new trailer for Onechanbara Z2: Chaos has been released by D3 detailing first-print DLC.
The first half of the trailer is the games opening video, before things are switched up to the DLC announcement. The DLC half of the trailer is bonkers and its not till the last 30 seconds of the trailer that we see what this 'Bananas & Strawberries' DLC will entail in-game (this DLC is free for all first-print editions of the game purchased) If your the sort to post opinion pieces on mainstream websites at the slightest hint of the female form in a game, Id recommend you avoid the last 30 seconds, as their outfits consist of literally 2 strawberries & a banana. Onechanbara Z2: Chaos is due to launch in Japan on October 30th for the Playstation 4.

Posted by Unknown at 11:26
Email ThisBlogThis!Share to TwitterShare to FacebookShare to Pinterest