Japanese publication Famitsu have just gone live with a few more details about Ryu Ga Gotoku/Yakuza 0, a title from SEGA releasing on Playstation 3 & 4.

Details about the locations were announced and the settings are Kamurocho and Soutenburi both locals should be recognizable to fans of the series. 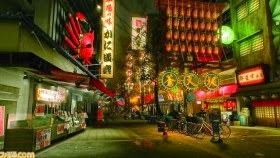 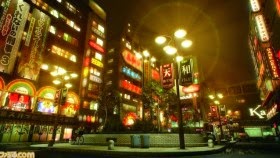 Also Famitsu had the low down on the details for the Protagonists Kiryu & Majima. Below is the blurb and official screenshots. 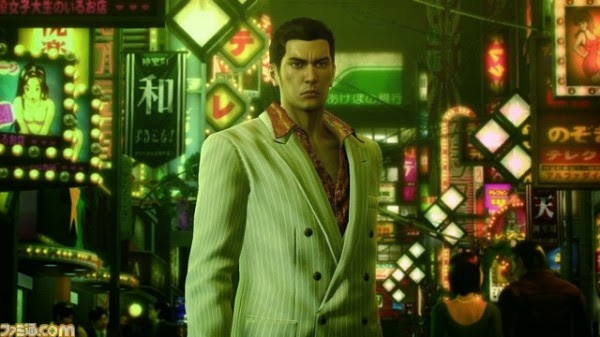 Kazuma Kiryu - 20-years-old. East Japan’s greatest yakuza organization, the Tojo Clan. Kiryu is a gangster belonging to the Dojima Family, which is under the direct command of the main Tojo Clan itself. He lost his parents at an early age, and was brought up at the Sunflower Orphanage founded by Dojima Family lieutenant Shintaro Kazama. After growing up, he followed in Kazama’s footsteps and joined the Dojima Family himself. Already widely known for being among the strongest fighters within the Tojo Clan, he operates predominantly within Kamurocho as his headquarters. However, on one fateful day in December 1988, Kiryu finds himself accused of extracting money from a back alley murder victim, putting his organization in a state of crisis. What’s worse, Kazama, the man Kiryu owe his life, too, gets caught in the crossfire during the ordeal. In order to protect him, Kiryu has decided to leave the Dojima Family, but… Majima Goro - 24-years-old. Manager of the cabaret club “Grand” in Soutenbori, Osaka. You wouldn’t think he is sincere, but contrary to his appearance, he is bold, yet polite. The “King of the Night,” he managed to turn Grand into the most popular club in Soutenbori in the blink of an eye amidst cutthroat competition. However, his true identity is that of an ousted former yakuza. Several years ago, he was working in Tokyo under the Tojo Clan, but during a certain raid, went against the will of the organization, facing imprisonment as a result. Afterwards, he was sent to Osaka under the supervision of Kansai’s greatest yakuza organization, the Omi Alliance, ostensibly being allowed to stay alive as a normal citizen. But for his close friend and sworn brother, Majima dreams of returning to the family. One day, as the condition for his return, he is ordered to kill a person, but…

Finally the game is said to be around 65% complete with no release date given, I personally cannot wait for this game even if it's not likely to see a localisation outside of Japan unless Sega have a change of hearts.

Thanks to Kenny Marmin @DatFrenchNerd for the heads up, Famitsu for publishing the details and Gematsu for translating

Posted by Andi at 23:39
Email ThisBlogThis!Share to TwitterShare to FacebookShare to Pinterest