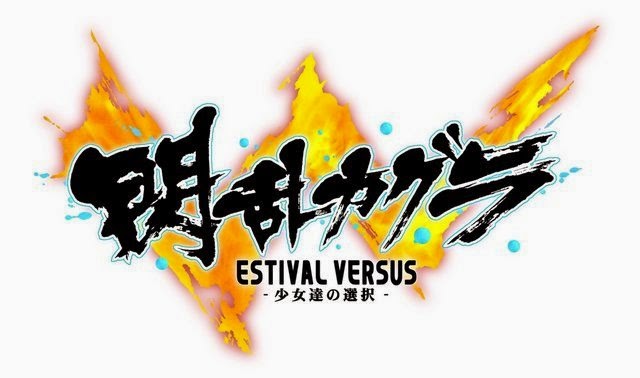 Marvelous announced Senran Kagura: Estival Versus during Sony's pre-TGS conference.
A teaser trailer was shown during the show, with a few glimpses of in-game footage, with magazine reports sharing more details on the upcoming game.

Senran Kagura: Estival Versus is set to introduce four new characters. Three of them are sisters named Renka, Hanabi, and Kafuru with a fourth one being a mysterious grandmother, named Sayuri.

The PS4 version of the game is confirmed to have online multiplayer with the series producer, Kenichiro Takaki, saying that it will share similarities to Senran Kagura 2: Deep Crimson’s Pair Battle system for co-op. Competitive multiplayer is to be based on Shinovi Versus, and the team expects to add more rules and the total amount of players that can compete.

Marvelous are currently working on adding a few new things afforded by the extra resources of the Playstation 4, such as having transparency on certain costumes or and also costumes getting dirty during combat.

Senran Kagura: Estival Versus is penned for release on Ps4 & PSVita in Japan on March 26th 2015.

Source [GameJouhou] [Siliconera]
Posted by Unknown at 14:27
Email ThisBlogThis!Share to TwitterShare to FacebookShare to Pinterest