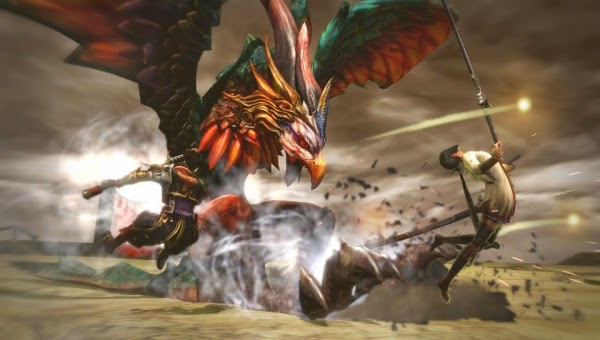 Toukiden Kiwami producer Takashi Morinaka spoke with Famitsu regarding the series. It appears that he is looking towards possibly working on consoles in future when expanding the series:

“Toukiden wasn’t without its fun on the PSP and Vita, but I don’t think it’s going to surprise anyone if I say the game’s presentation was hampered by what the PSP hardware could do,” Morinaka told the magazine. “Knowing that, I want to strive to improve the series on that front, as well as get it developed for home consoles.”

“Basically, I want there to be that ecosystem where you can play the game away from home on your portable system, and then when you get back, keep playing it on your console.

“We’ve definitely gotten a lot requests from overseas players asking that the series come out on consoles, too, so hopefully they keep speaking up in large numbers so we can make this happen.”

Posted by Unknown at 14:09
Email ThisBlogThis!Share to TwitterShare to FacebookShare to Pinterest