I'll freely admit I've not played as many games as I would've liked in 2014. This is partly due to apathy on my part with certain franchises (looking at you Assassins Creed) and also holding off on getting certain games until I have a new PC or a PS4 at some point in 2015. Games that may possibly have made my list had I played them would include Transistor, Dragon Age: Inquisition and Alien: Isolation. But nonetheless, I did play a few gems this year, and so without further hubbub, allow me to present my top games from 2014.


Game of the Year: 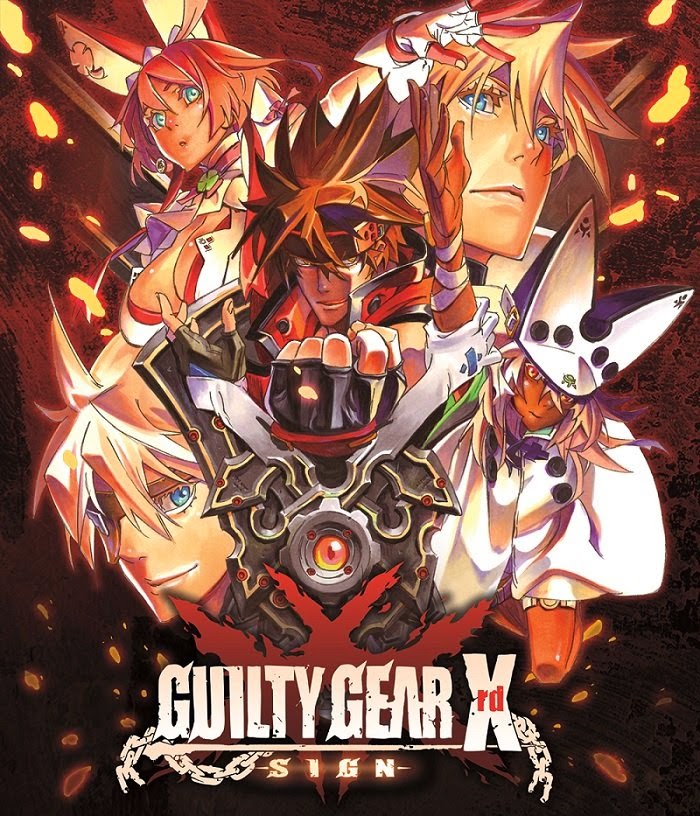 I've written a giant review for this beast that will be out within the week, but I think all told Guilty Gear Xrd Sign finishes first and best for 2014 because of things not necessarily associated with the game itself. Arc System Works for the longest time in my mind have been dragging their feet with BlazBlue: Chronophantasma, but Guilty Gear Xrd Sign shows a united front of, well, actually giving a damn. It launched on PSN with a day one English voices and subs patch for menus, dialogue and commands. It's been receiving continual patches to improve netcode. PS3 and PS4 crossplay is a thing, and DLC is shared between the two systems if you upgrade to the PS4 version. There's a sense that this game, to borrow a metaphor, was created by Arc Sys putting their best foot forward for once.

And it's good. Damn good.

Without going into detail (that's what the review is for after all), Guilty Gear Xrd Sign is a hugely entertaining fighting game package, more complete than any I've seen in the areas that truly count, and it looks absolutely fantastic to boot. It might have arrived in the closing moments of 2014, but Guilty Gear Xrd Sign finishes at the top of the podium for me.

Steins;Gate is not the best VN I've played in 2014 (that mystery VN will be receiving some attention of its own soon enough), but it is the best VN that I've played which was released in 2014 itself. That might seem circuitous, but as my review of it discussed, it's a damn good VN in its own right.

The thing with visual novels is that one could argue that they're not really games, but rather some bastard hybrid of a slide show and audio book. What Steins;Gate does, even if it is really only for flavour, is keep the player hooked through its phone mechanic, always ready for the next text message or call. Fiction is all about illusion after all, and the phone mechanic helps immerse the player in Okabe's completely bonkers world, even if it is only so much window dressing.

That for me puts Steins;Gate on a different level, but it firmly entrenches itself by being an excellent story in of its own right, with fun, loveable characters, mixing comedy and tragedy in a way the ancient Greeks would have approved of. Complemented by an excellent soundtrack and pastel artwork that lends a unique aesthetic, Steins;Gate is, as I've said before, a work of quality time travel science fiction that can stand with other more well known time travel tales in modern pop culture, and stand tall at that.

There's something to be said for big numbers.

I used to be a World of Warcraft raider back in the day, but grew disenfranchised with it and the need to perpetually progress at a collective pace I was no longer comfortable with. Diablo III, by contrast, seemed like a good idea, but it's pre Reaper of Souls vanilla version was severely wanting. Thankfully, the expansion pack fixed that masterfully.

Reaper of Souls to me now serves as something I can jump into and always feel like I've made progress, to sink an hour into it and come away with something. It's a very enjoyable perpetual time sink, and I'm a huge fan of gaining power through new gear, also being somewhat of a Transmogrification fetishist, moulding and crafting my heroes into discrete characters. The number of hours I've sunk into this game speak for itself.

Also, how can you not be entertained playing a Barbarian who is literally a walking volcanic eruption, or a Wizard whose mastery of lightning would give Emperor Palpatine envy? You can't, I'd say.

Under Night In Birth EXE Late If Guilty Gear Xrd Sign was the gaudy, balls to the wall no expenses spared homecoming float, then Under Night In Birth Exe Late was the sleek, inconspicuous muscle car that preceded it early this year. Stripped of all pretension and featuring the best system mechanics of any anime fighter released in 2014, Under Night In Birth Exe Late still holds much respect in my mind.

Under Night In Birth Exe Late is a game that walks a fine line. It's chock full of silly Engrish and anime plot points but it has no story mode to speak of and never feels the need to shove it in your face. Its simplistic design belies its complexity in the actual fighting where the meat of such a game should be. It treats players with respect, and rewards them in kind.

The soundtrack and the superior netcode are the cherries on top of this cake, and despite being released earlier in 2014 it seems Under Night In Birth Exe Late is still enjoying success amongst the anime fighting game community, posting high numbers of tournament entrants and with an English translation due this year. If you fancy a more technical fighter that respects your intelligence, and aren't interested in Guilty Gear Xrd Sign or already own it anyway, then Under Night In Birth Exe Late is a welcome addition to your games library.

From me, you can expect my review of Guilty Gear Xrd Sign soon (although you can take my putting it as my GOTY 2014 as a recommendation anyway) but following that I'm veering into different territory with a review of a visual novel I was recommended repeatedly to play but only did so after getting past my bullheadedness on it.

Expect my examination of Grisaia no Kajitsu in late January folks.

After that, who knows, but I'll still be around as always, your fighting game and story correspondent here at OtakuGamers UK. Do not adjust your set folks.

- Shadon1010 is ready to rock in 2015. Are you?
Posted by JD at 17:35
Email ThisBlogThis!Share to TwitterShare to FacebookShare to Pinterest