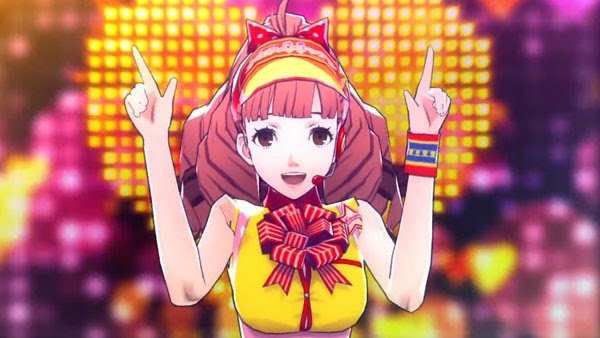 Atluis has released a new character trailer for the upcoming Persona 4: Dancing All Night.
The trailer introduces new character Kanami Mashita,who is one of Rise’s junior idols. As a little sister idol she has many fans and is well loved. Atlus has also used this oppurtunity to announce some DLC plans for the game. The limited edition 'Crazy Value Pack' version of Persona 4: Dancing All Night is to feature this content -
The game is due to launch for PSVita on June 25th in Japan.

Posted by Unknown at 15:57
Email ThisBlogThis!Share to TwitterShare to FacebookShare to Pinterest