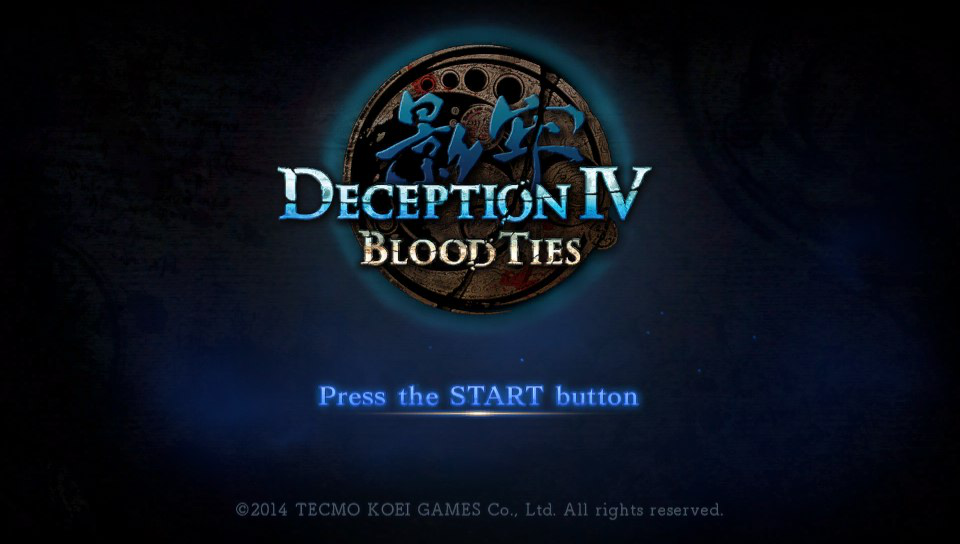 It has been since the year 2000 since we got the last Deception guys, time to pack up. Deception: IV Blood Ties, announced at the Tokyo Game Show in 2013, released in February of this year, localised on March 25th for North America and March 28th for Europe. Fans of the Deception series have treated well by Tecmo Koei. Blood Ties stays true to the series and brings forth fun new ways to decapitate your foes. 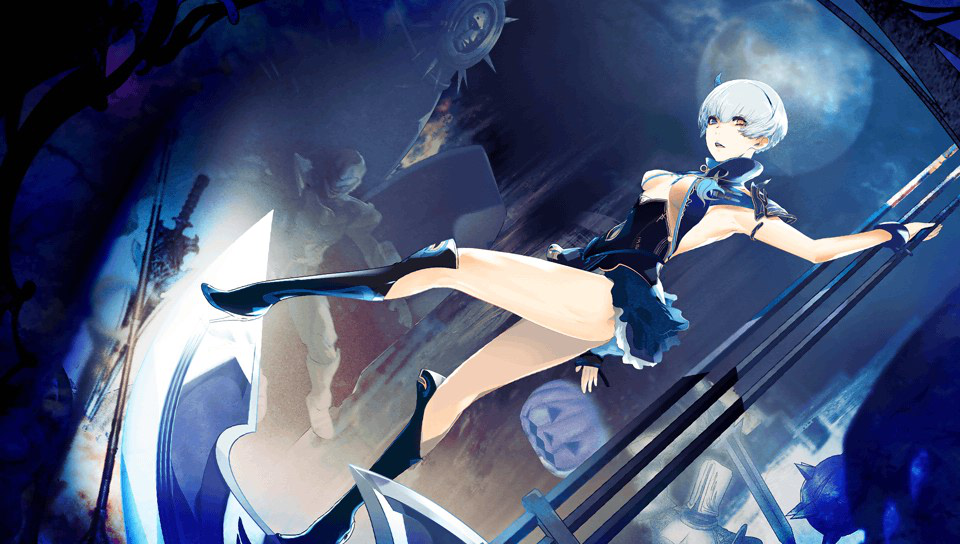 In Blood Ties you assume the role of Laegrinna, the daughter of the Devil whom was spawned using a fragment of the Devils' soul. You are accompanied by your three assistants, Caelea, Veruza and Lilia. Your goal is to get back the Holy Verses that acted as a key to seal away your father, the Devil. There are 12 total Holy Verses holders that you to hunt down and of course you won't be alone, you will be assisted by your three assistants 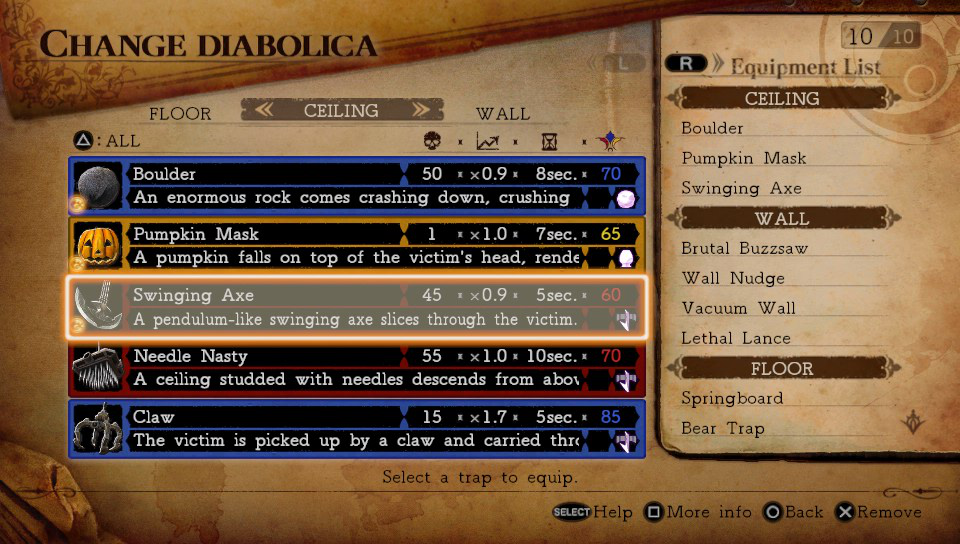 The core game play is the same as the other Deception games,, where the players goal goal is to kill anyone that may get in the players way of finding and killing any one of the Holy Verses holders. The way you kill those enemies is course with the use of traps. There are many different types of wacky traps that can be used on different surfaced and each will have a different effect. The different types of traps are, wall, floor and ceiling traps. You receive a certain amount points by using certain traps for example, a wall trap may be categorised as an elaborate trap, another wall trap may be categorised as a sadistic trap. Combos can also be done by chaining the effects of traps to create the ultimate death combo. The player can also interact with the stages environment to finish off the chain of traps the player sets up. 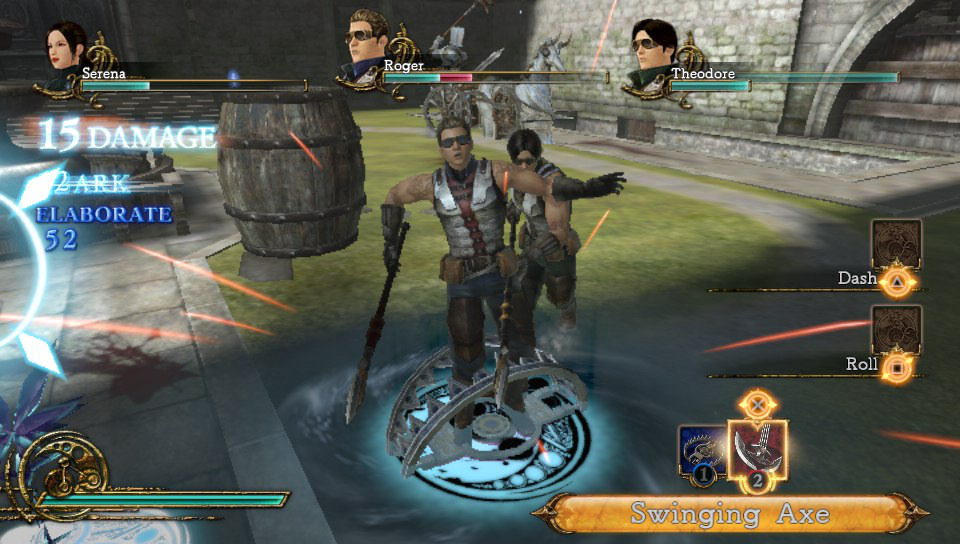 Setting up traps might sound exciting and easy enough, but enemies can be "immune" to certain traps and are able to avoid them. So your method of killing enemies will vary from enemy to enemy. Some enemies are equipped with armour which means some of the lighter traps such as a wall dart will not work on an enemy with armour. A swinging axe trap will also not work on an enemy with the ability of acrobatics as the enemy will avoid the axe completely. Also keep in mind that traps will also work against you. Too much to keep in mind? Don't worry Blood Ties has a very meaty tutorial mode that teachers the player the game mechanics pretty well. The player is also given the option to skip the tutorial so veteran players start the game right away. The tutorial mode is also always accessible in the main menu in case the player forgets a thing or two. Blood Ties really shines from the game play side, it is fun and challenging. Coming up with new ways to kill your enemies is always a blast. As a new player to the series, I felt like I had to struggle to get down the game play mechanics, everything feels just right. Many developers could learn a thing or two. 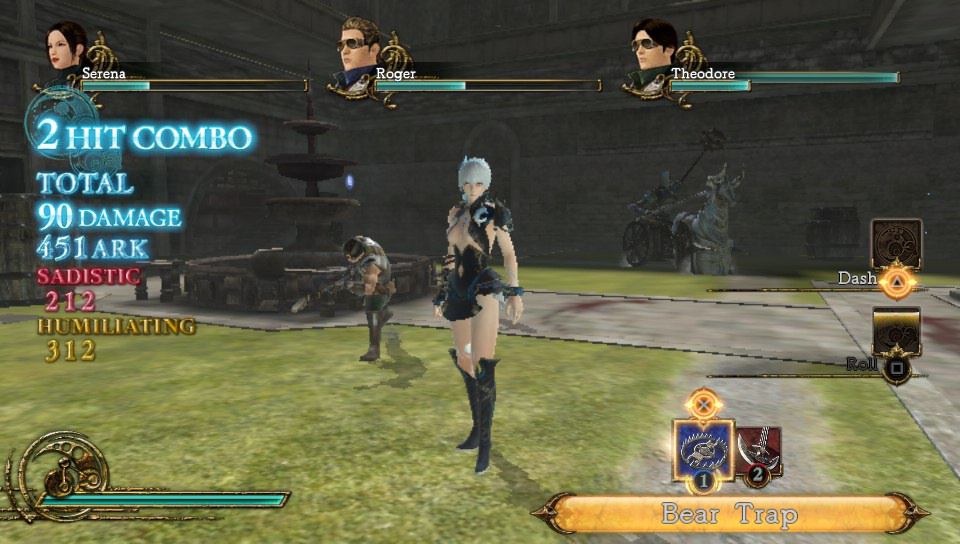 Graphically Blood Ties is not an ugly game, screenshots will never give an accurate representation of what a Vita game looks like, as the Vita compresses in game shots heavily but I can really tell you that it looks fine. There are many brown colours used but it feels right in Blood Ties as it fits in with the mood just right. The character designs are also just right and fit well with the mood of the setting, a big kudos to the artist.


All in all, Tecmo Koei really nailed with the revival of a thought to be dead franchise. The faithful fan base will be pleased, as well as for new fans of the series. Blood Ties does many things right and very little things wrong. Little things like the inability to save within chapters might annoy some players but I feel that just adds to the fun. I recommend Blood Ties to anyone who wants a new game for their Vita and is in for a challenge. Blood Ties receives a score of

Deception IV: Blood Ties is available now on both the North American and European PSN store and also available physically at select retail shops. I can be followed on Twitter @GloriousBagel for any questions.
Posted by Unknown at 12:16
Email ThisBlogThis!Share to TwitterShare to FacebookShare to Pinterest