News: Hyrule Warriors due in Japan this year 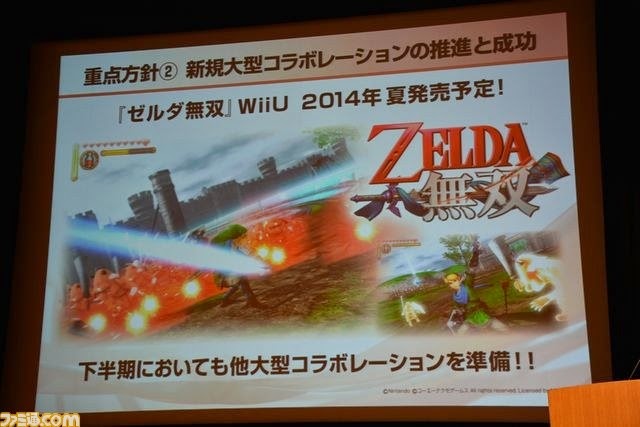 It seems Hyrule Warriors may be arriving sooner than expected.
This slide from an investors meeting shows a Summer 2014 release date for the Tecmo Koei developed Zelda spin-off due on the WiiU. Little has been shown of the game since its reveal back in December, so the publisher will more than likely show off some extensive footage of its latest build during E3. Still, a summer release means we may see the title in the EU & NA at some point this year!

Source [NeoGAF]
Posted by Unknown at 16:43
Email ThisBlogThis!Share to TwitterShare to FacebookShare to Pinterest