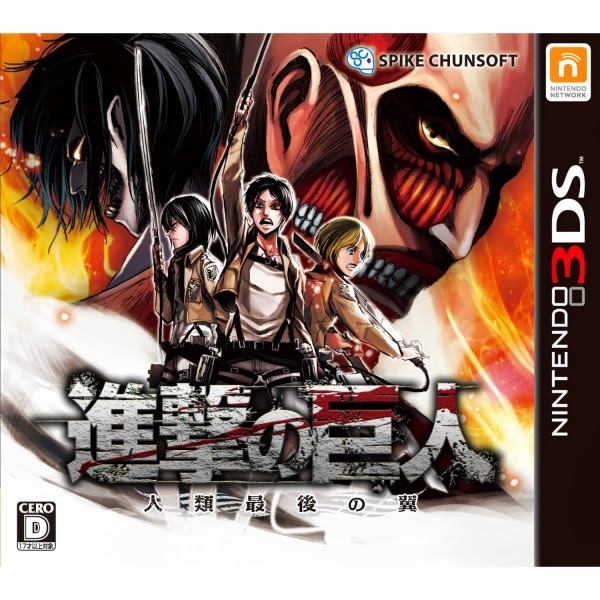 Seems Spike Chunsoft has leaked to Siliconera the possibility of a localisation of Attack On Titan.
Spike has been actively seeking a publisher of late to help bring the title over. Attack on Titan seen a release on 3DS back in December in Japan, selling over 240,000 copies at retail so far (not including digital sales) No doubt Spike Chunsoft are looking to tap into the Attack On Titan fanbase in west. Nothing confirmed as of yet, but we'll let you know when we do.

Source [Siliconera]
Posted by Unknown at 11:03
Email ThisBlogThis!Share to TwitterShare to FacebookShare to Pinterest