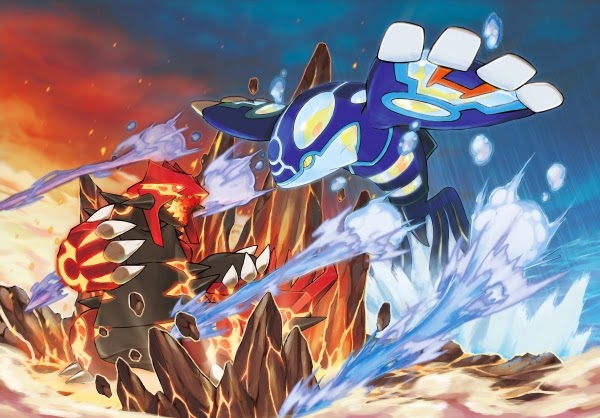 Any Pokemon fans out there?  Remember Ruby & Sapphire?  Well you will be able to play a remastered version of them on your 3DS starting November 21st (in the USA, sorry Europe).

As well as this release data, Nintendo have announced Primal Groudan and Primal Kyogre, a newly released transformation of Groudon and Kyogre.

Also, we have a new trailer!  I may have to invest in a 3DS soon.

Posted by Unknown at 19:49
Email ThisBlogThis!Share to TwitterShare to FacebookShare to Pinterest