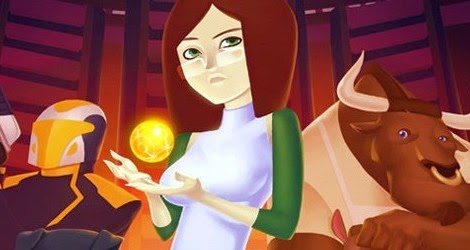 Point and click adventures were a huge genre during the 90s with the many great games based upon the SCUMM engine. Personally I have spent many hours with these gems and I still have a soft spot for this genre. I know that very recently we have been overcome with many great titles of similar type from Telltale games but these are more interactive adventures with a very linear path. What was special about the originals was that you had to put some thought into what you were doing and to be honest the earlier Tell Tale games had this (Back to the future & Sam and Max for example) but it feels like the genre abandoned has been forgot all together. This was until a little indie developer started a kickstarter to develop an old school point and click with a modern twist. Has it delivered what was promised? Let us find out. 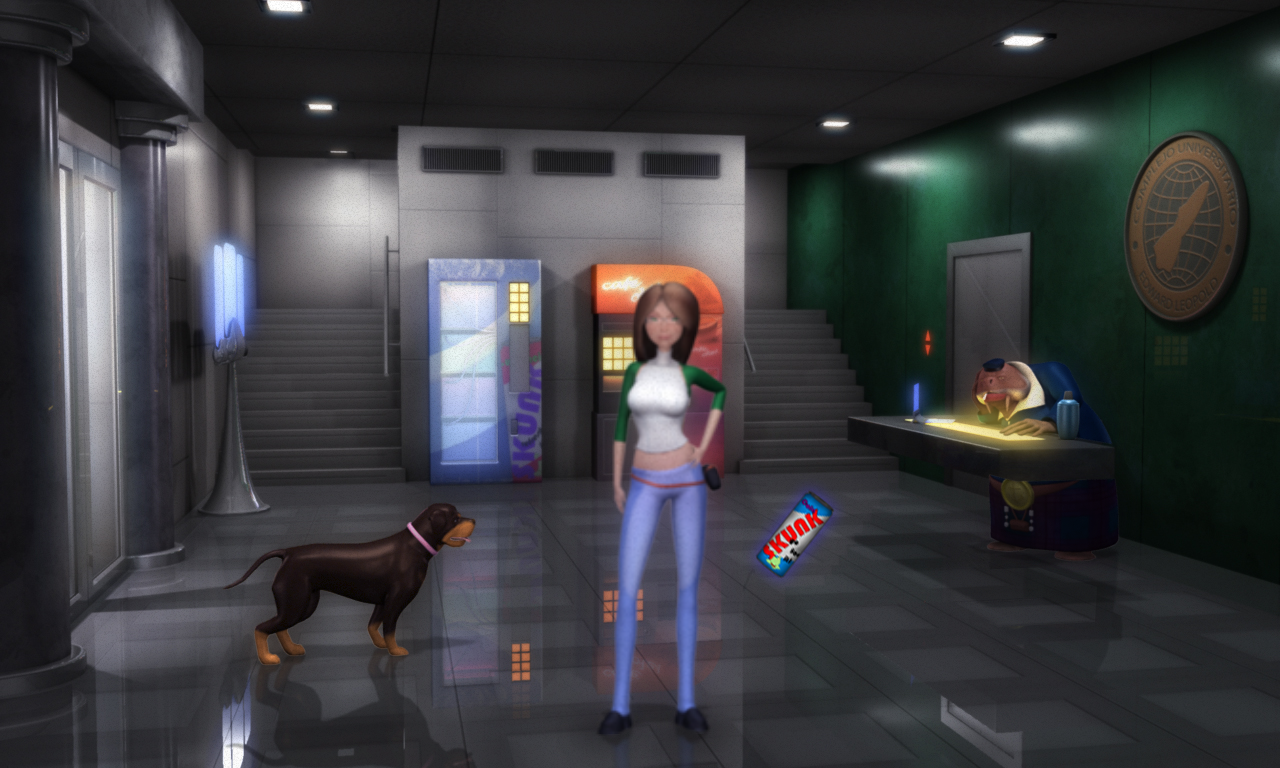 Ar-k is about Alicia, an ex cop who was involved in a crime she did not commit. She had a choice to either take the blame or quit the force. She quit being a cop and went down the root of journalism to find out the true once and for all. To begin though she will have to go back to school. The only issue is that she spent the night before the final assignment partying, thus making her late and missing the deadline. Here is where episode one begins. Episode one was first release, I believe, was released a few years back but thanks to a successful Kickstarter campaign, the studio was able to re-release it. It allowed them to revamp the graphics, sounds (including voice cast from Mass Effect), improved HUD and bringing the very talented Greg Rucka on board for the final two episodes. So far the story is solid but with Rucka on board I am very excited to see where he takes the final episodes. I must say, I did not experience the original version but for such a small studio the final polish is very impressive.

Even though the HUD has been updated I feel it could use some improvement. Some of the actions are fiddly especially when you want to talk about another character to a character. It is odd but I think it is intentional because it makes you think harder about what to do next in the current puzzle. I do like how the inventory button gives you a little hint when you enter an area in which you have an item for. That a neat little feature.

At the point of writing there are only two episodes released and I will be putting most of my focus onto the second one as it is most recent and pretty much contains the same elements as the first. 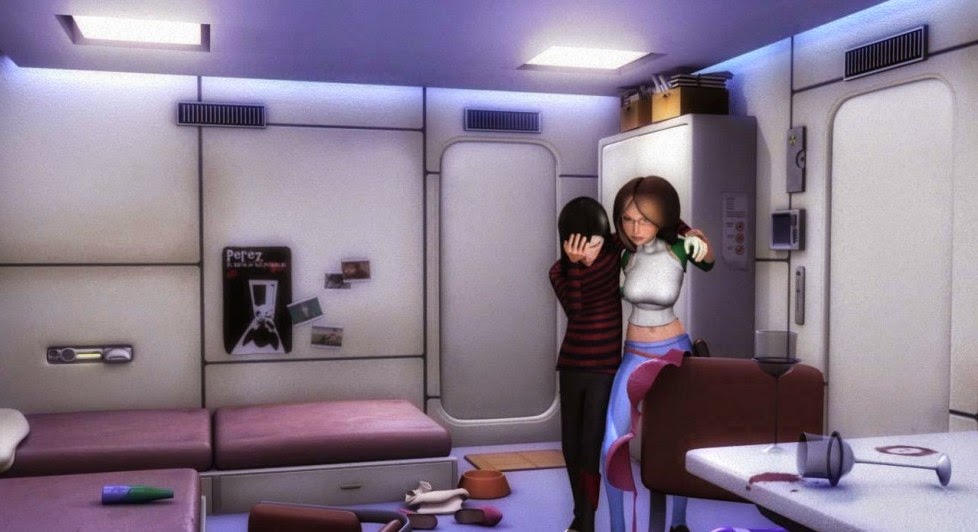 Ar-k follows the styling of an old school point and click. This means that there is a lot of item combining to do. If you cannot think outside the box or complete a game without someone holding your hand every step of the way, then unfortunately this game is not for you. Again like Harvey Birdman, you could use a guide but that takes all the fun out of the game.

The humor is just spot on what i remember from my Monkey Island adventures. It is very self aware and a lot of the humour is based upon events that have taken place within the story, much the same as the classic games. First time you see it is when you have to fit a huge can into a your tiny back pack. With you controlling the game, the main character breaks the fourth wall, insulting you in you poor decisions and inappropriate clicking. Another feature which is very old school is that it is very precise in what you must do to continue. If you miss one event, you cannot continue without completing that said event. Some would say that the game is very slow (and i can see where they are coming from) but It is a game which makes you work hard to achieve anything. Ahh, the memories but, honestly the solutions are just common sense and hopefully you will not have a hard time. If not well you can easily resort to trying everything on everything. 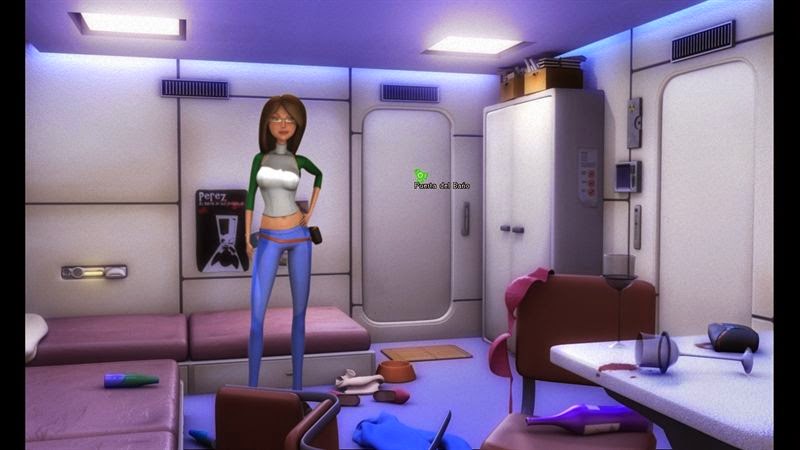 The return of combining items to solve problems. I have not come across a point and click adventure with this mechanic for a long while. Even get a great mission where you need various types of items to wake your room mate. All it gives you are states in which you need to change (ie to warm him up) and you have to use your own noggin to figure it out!

The animation is that of games gone by. Character glide from one spot to another and obviously grow and shrink as they come closer or further away. You can tell that motion cap has not been used but with the little budget this game has, the smoothness if the animation is fantastic. I have seen some huge budget games with poorer animation than this and this sort suites this game. Certain sections make me feel like I am watching an interactive comic and I hope that is what they were going for. In fact the whole game feels like a comic book. The lip sync is not great and some voice actors do not suit their on screen characters but you can overlook this as the script is very well written. It has a strong story with twists and turns along the way, with interesting characters.

The first major addition to the game you will notice is that there is now a narrator! He is there to “add culture” to Alicia’s foul mouth and to add yet more comedic relief. Seriously, it is a brilliant addition. The back and forward bante are hilarious and they usually they end up in Alicia throwing a curse at him!

Overall I cannot say too much about the second episode other than it is a great improvement on the first episode and continues a great story line. It will be interesting to see where the developers go with this series. 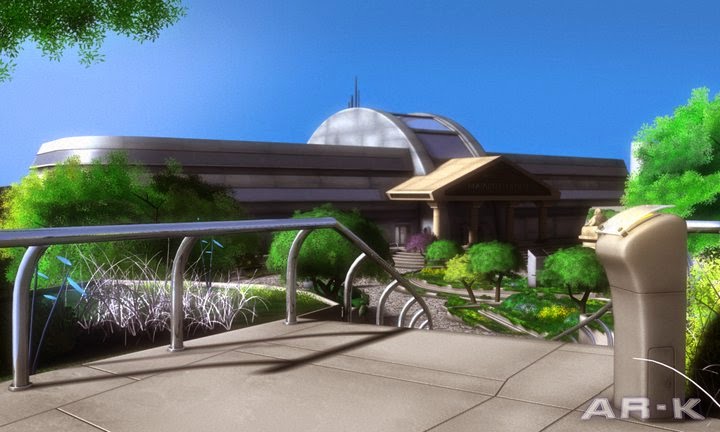 Ar-k is a very interesting adventure which should impress fans of the old school point and click adventures. It is game which is not suitable for every gamer. The modern gamer likes a game to hold their hand all they way through from beginning to end, so a game which offers very little help will be their own personal hell.

For an indie game, I was impressed by how much time and effort has been put into this game. The first episode was fully self funded and it is great that the study knew they could do better with a little support. It is great to see studio push themselves to create great games. In a world where we are overrun with AAA titles which offer very little stimulation, Ar-k is a breath of fresh air. I honestly have not had to think that much about a game in many years.

Who Should By This?

7/10
Review Copy Supplied by Acttil/Gato Salvaje Studio (Keep up the good work guys!)
Posted by Unknown at 20:33
Email ThisBlogThis!Share to TwitterShare to FacebookShare to Pinterest