Mama's gonna put all of her fears into you

Indie games have been around for a lot longer than some gamers believe. The majority of them started as basic flash games that evolved into something of a cult.  The Binding of Isaac was one of them. If you speak to any one who has played this title you will get one of two responses - "I hated this game after I died once" or "I lost a lot of my life to this game". However you look at it, you cannot deny that is has a firm place in the Indie Hall of Fame. For those who love what it offers will find countless hours of gameplay to enjoy but this is not a game that everyone will love. The majority of games are like this but there might be something in them that may appeal to the nah sayers. Isaac on the other hand is not like this and because of this I find it odd that it has been released on the PS4. Let me explain; 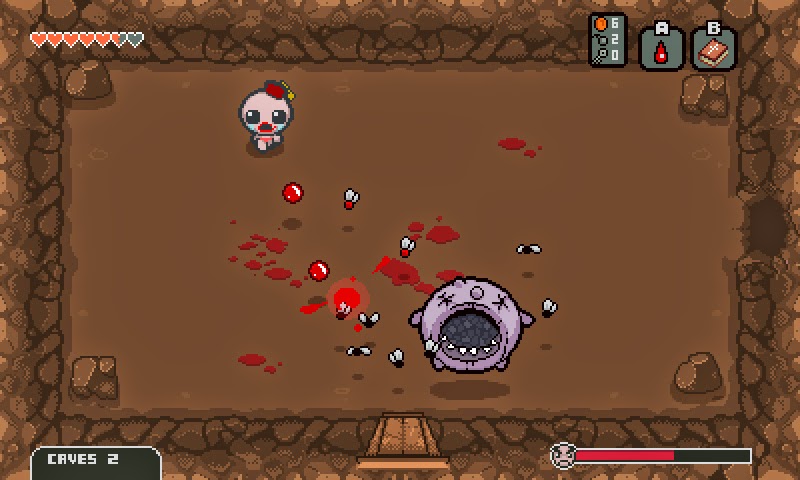 Binding of Isaac: Rebith is a strange premise for a game.  Based upon the religion tale of same name it sees Isaac, fleeing from his mother who is out to kill him as it is God's will.  At the last minute Isaac manages to escape through a trap door that leads into a basement.  He thinks he is now safe but boy was he wrong.  His true torments are just about to begin. All this is explained in a rough drawn opening movie but the motives behind the game are truly horrifying and some players may be put of at this point. Saying that though, players who have never experienced Isaac may already know the premise of the game as it has such a cult following on the Internet that it would be hard not to know what it is (unless you have been living under a rock of course). It has been part of so many Indie Bundles and Sales, that you may even have it in your PC collection any way. 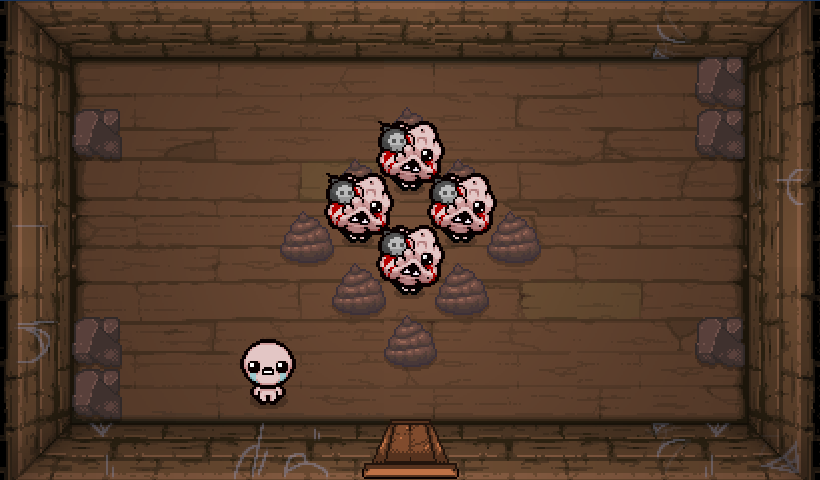 Upon starting Isaac you are presented with a few options. The main one being the character that you want to tackle the basements with. You only have Isaac to start with and the rest are unlocked by obtaining certain goals including holding so many coins and hearts.  As you would expect each character has their own weakness and strengths  For example, I have unlocked Eve. She has very low health but upon death she is reborn as a demon. The other option is to enter a seed.  You see, Isaac is rouge like, meaning every play through is randomly generated using an eight digit seed.  In the original game you never knew what this seed was, but in Rebirth that is different. You are allowed to see this seed code now meaning that if you like the current layout you are attempting then you can give it another go. I understand that this is here to make it easier on new comers but Rouge like games are hard due to this random generation and by having access to the code it makes it slightly easier as you know what to expect next!

As you progress through the randomly generated rooms you will face various disfigured enemies which will either fire projectiles at you or just leave feces everywhere (yes you read that right!).  Upon entering a room that is occupied with enemies all doors are locked shut and they will reopen upon defeating all the enemies.  It sounds very simple but the majority of enemies are tricky and will get cheap shots on you. Each room can be as frustrating as the last but this is the fun of the game. You need to become wise to how each enemy moves and then it become a lot of fun! You only attack are your tears - Isaac is loosely a twin stick shooter.  You use your left stick to move Isaac (or who ever you choose) and the right stick fires your tears. They do fire in a straight line but have a slight curve (due to gravity) and this is another factor that could increase frustrations. Nether the less though, you can pick various upgrades up along your way. This will increase health, damage, speed and many other things but please remember this, when you die it is game over (unless you have an item that can over come it).  You could have a play though where you get really far into the game and then die instantly the next time. 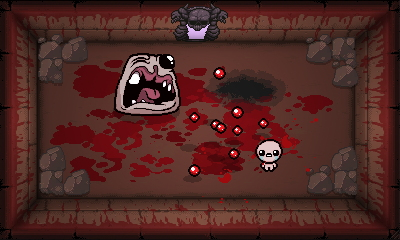 The controls are where this game really shines.  I remember playing this on PC a few years back and I had a hard time with it due to the controls.  It is a very tough game to start with but when you throw keyboard controls into the mix it becomes a whole different experience. The twin sticks on the PS4 and Vita has made Rebirth a more pleasant experience and will make it more fun for newcomers.
There are hours upon hours of content here. You can aimlessly work your way through the main path of dungeons or have a go at the rather difficult challenges.  Either way, you will find something fun to do.  Also, for an extra challenge you could try and collect all the trophies. Trust me, this list is brutal. 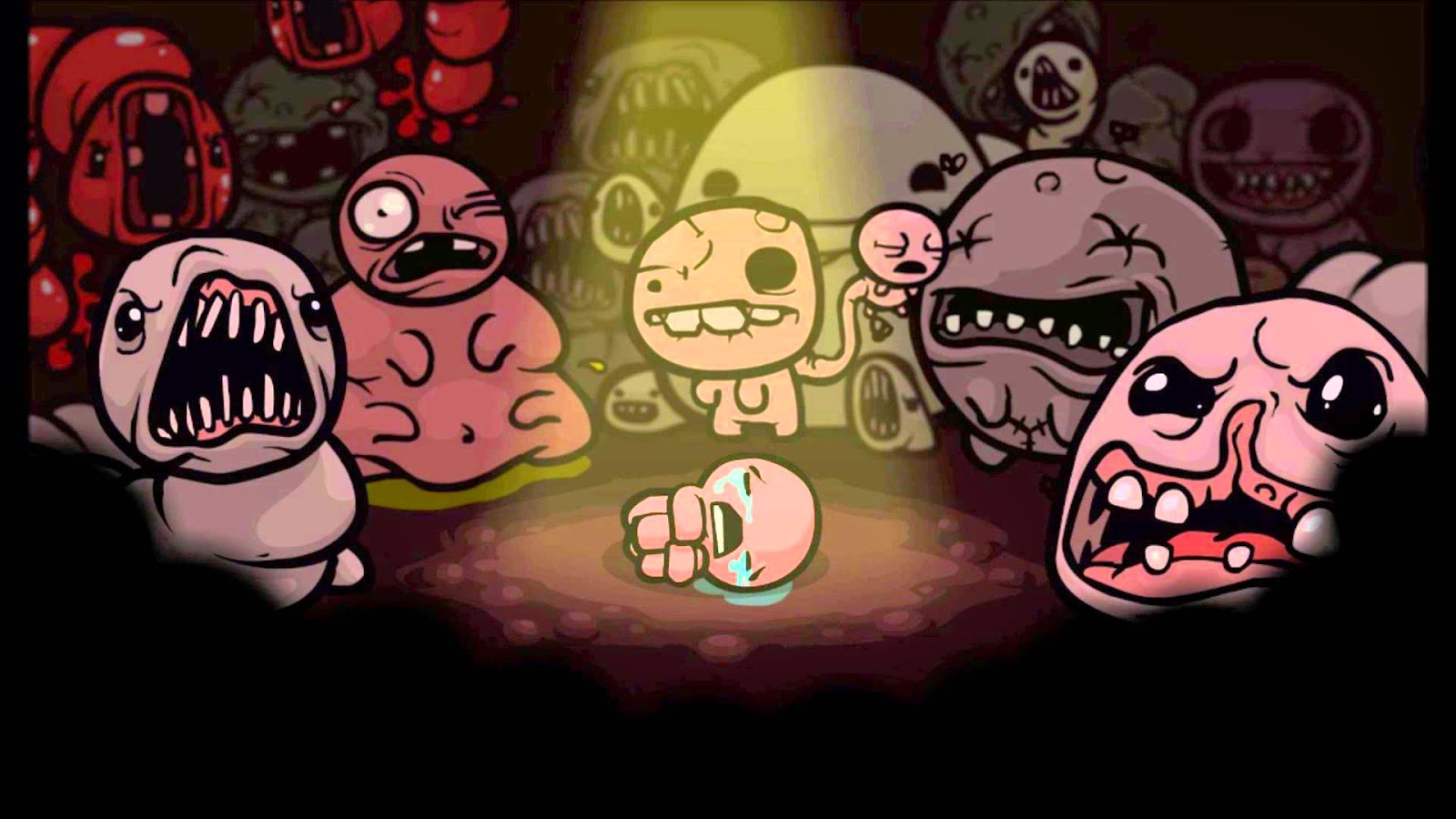 Rebirth is a strange game but a great example of what a rouge like game should offer. It is equalled balanced for the hardcore players and newcomers. It offers you so much reply value, whether it is through the countless efforts of getting to the end of the main campaign or by attempted some of the ridiculous challenges. It is a game about a story asking how far would you go for your God - the same can easily said about the gameplay. Are you willing to give up a small part of your life to this fun, addictive title or do you have to strength to give in to temptation? Only you will know.

Who Shouldn't Play This?

Posted by Unknown at 16:54
Email ThisBlogThis!Share to TwitterShare to FacebookShare to Pinterest