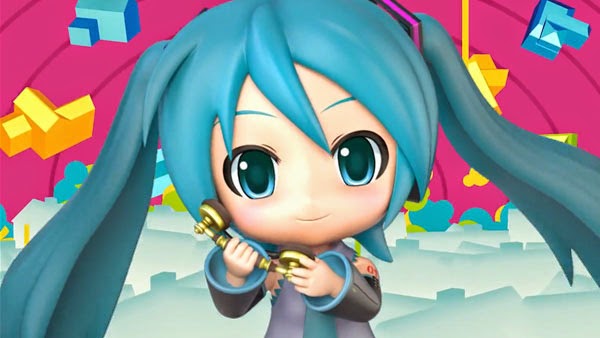 Sega has released the first trailer for the upcoming Hatsune Miku: Project Mirai DX.
The nendoroid styled 3DS rhythm game is set to feature 48 full tracks, multiple game modes/difficulties/unlocks, a full editing suite for dance routines, and player cards to share via Streetpass. Hatsune Miku: Project Mirai DX is launching in North America on May 26th, Japan on May 28th, and Europe on May 29th. You can also view a shortened version of the games intro below the trailer:

Opening
Posted by Unknown at 16:56
Email ThisBlogThis!Share to TwitterShare to FacebookShare to Pinterest