What if I told you that you and each of your family members have a lifespan of two years and in that two year life span, you had to combat the evil that laid upon a curse on your family?  Pretty crazy right? That’s the premise of Oreshika Tainted Bloodlines, Tainted Bloodlines features a great battle system, crazy dungeons, a great sound track and great micromanagement mechanics. 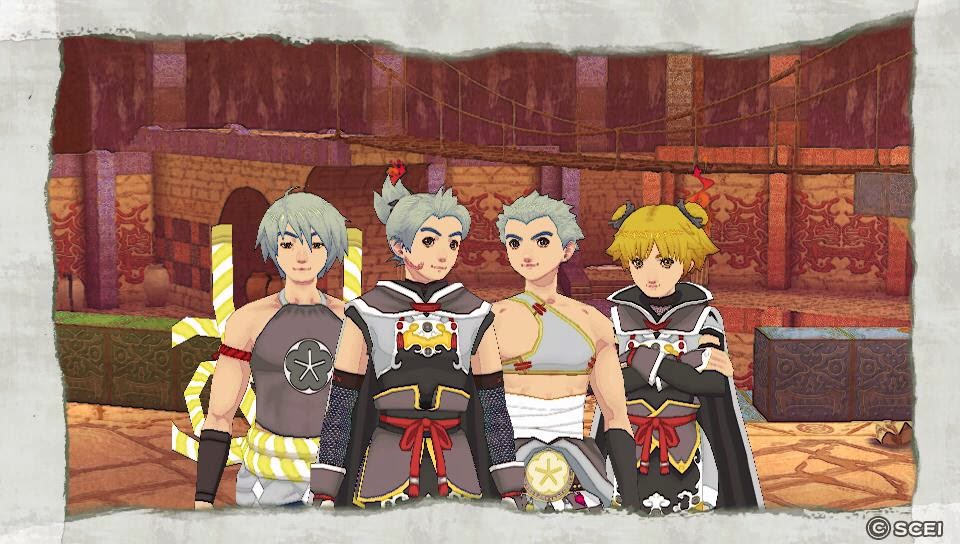 Oreshika is a standard rpg, your party members are tasked with defeating demons with basic attacks and using magic spells. You run around moderately sized dungeons, collecting items, money and devotion. What makes Oreshika stand out from other rpg’s are the micromanagement mechanics, sort of similar to the Altelier series. There isn’t time limit in which you must beat the game per say, but your party members are consisted of your cursed family members that only have two years to live and fight.  There isn’t necessarily a time limit in which the player must be the game, but the fact that you have to keep rotating between new party members every two years, in game time of course, does keep you conscious about how much time you want to spend time in dungeons. This mechanic kept Oreshika fresh and challenging.


Another interesting game mechanic that Oreshika has to offer is its loot roulette system. At the start of each encounter with an enemy or enemy horde, a roulette with different items and money with different values appears.  The roulette randomly designates the spoils you can receive, and the spoils can only be obtained by defeating the leader of an enemy horde.  While it does sound like a good idea to defeat the leader to obtain all of the loot you can possibly get, keep in mind that you will only receive experience points for defeating only the leader. This is where the player must decide which is more important to him or her at the given time, obtaining new items and money, or making sure that their party members are well leveled.


I can’t praise Oreshika enough on how it does a good job of teaching the player good time management habits without punishing the player too much. If for whatever reason I wanted to breeze through a dungeon by defeating only the leaders that would result in my party being under leveled, but I would have to make sure to go back and grind a bit to get my party up to level right? That would be the only logical step to make because that’s something that can be done in other role playing games without penalty. In Oreshika, guess what, time is fighting against you. A month passes by around every 6 minutes or so, while in the dungeon. That’s one month off the two year life span of your character, they might be carrying good armor or certain skill that may be useful in a major fight and to have them die would be a waste. I kept conscious about how much time I spent obtaining loot and gaining experience dungeons, but I didn’t feel too stressed about having to balance what I did in a dungeon. Oreshika made sure I kept good balancing habits without having to go out its way to let me know, that is grade A level design and I hope more developers will take note of Oreshika’s game design.


While not in battles, you spend time at your clan’s headquarters. At your clans headquarters you can do a number of things, visit the shops menu, talk to Kochin your planner, mate with other gods and goddesses to add to your roster of part members and rest your party members so that they regain stamina. In the shops menu you can buy weapons, armor and health restoring items. As the game progress you will naturally need the need for better equipment, investing in your clans shops will increase the value and stats of the items sold at each shop. Upgrades are made using money, take up to a month to complete and upgrades are limited to one at a time. 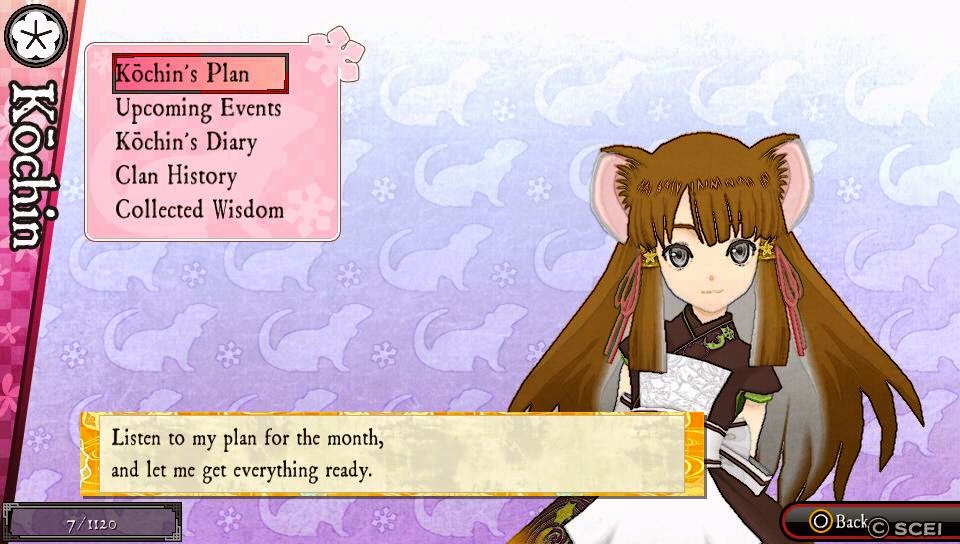 
The Hall of Union is the place where you can mate each of your characters with a god or goddess to replace party members that are approaching or near death. Why gods you ask? The curse that has been laid upon your clan does not let your family have the ability to mate and reproduce with normal human beings. Mating with other gods and goddess’s take up one month and require a certain amount of devotion as a form of payment.  Devotion is obtained at the end almost every battle, each god or goddess requires a certain amount of devotion to allow the act of mating. Of course higher leveled gods and goddess will require higher amounts of devotion.  Another thing to keep in mind is that to be able to mate your characters, they must be at least eight months of age or higher. 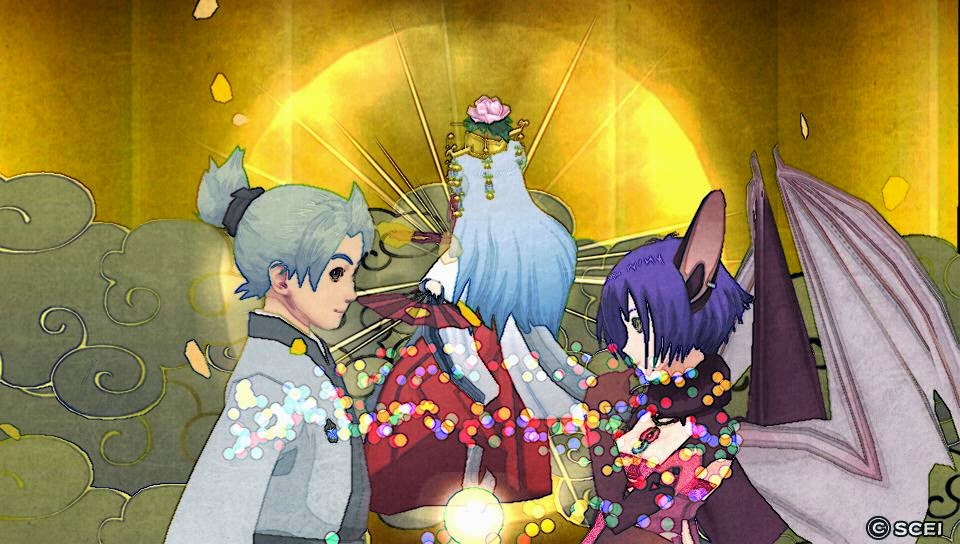 There is never a dull moment in Oreshika, battles progress quickly, the art style is amazing and the sound track is amazing. Every aspect about Oreshika’s presentation is extremely well done and does a good job of setting the tone in ancient Japan. That’s the beauty of Oreshika, it portrays the best of ancient Japan and its culture. The old school but quirky soundtrack, also helped move battles quickly. My favorite moments in Oreshika are when I get ambushed by a higher level enemy and this awesome fast paced version of the regular battle theme gives me an adrenaline rush whenever I encounter a boss or high leveled enemy. 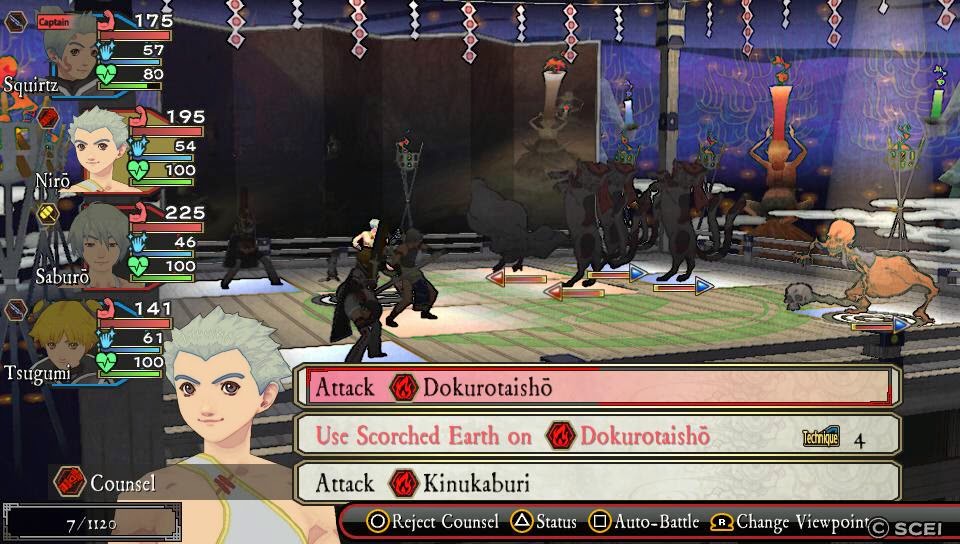 Oreshika truly is a great sendoff title from Sony to the Vita, Oreshika served as a benchmark of what the Vita can do. Not only the visual department but in the gameplay department as well. I never felt bored or stressed while playing, I always felt comfortable and excited to go into the next area of a dungeon. While Oreshika is a long game, I feel like I will be playing through the game for the rest of the year and Oreshika will serve as one of the games to look back on the Vita’s lifespan in the future.

9/10
Who should play this?
Who should avoid this?
Posted by Unknown at 17:34
Email ThisBlogThis!Share to TwitterShare to FacebookShare to Pinterest