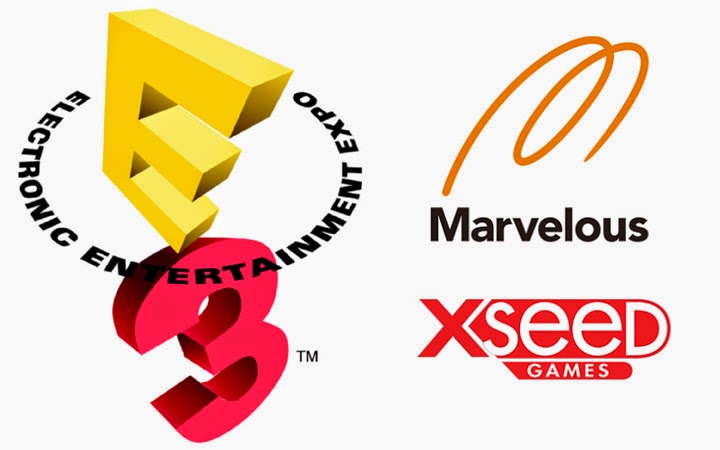 XSEED have announced their E3 Lineup.

Previously unnannounced titles are detailed below:

Brandish: The Dark Evenant (PSP digital)
A classically-styled dungeon crawler from Nihon Falcom, the storied developers of the highly-acclaimed Ys and The Legend of Heroes RPG franchises, Brandish: The Dark Revenant puts players in the role of swordsman Ares Toraernos as he climbs his way through over 40 sprawling floors of monsters, traps and puzzles in an attempt to escape a long-forgotten underground labyrinth. Along the way he repeatedly encounters his arch-rival, the voluptuous sorceress Dela Delon, who’s just as interested in claiming the bounty on his head as she is in escaping the maze herself. With each floor boasting unrelenting enemies fought in real time, elaborate booby traps, ancient treasures, tricky puzzles and thousand-year-old mysteries to solve, Brandish promises to keep players fighting for survival till the bitter end.

Corpse Party (PC)
The original Windows edition of the cult classic horror game that gained a considerable fanbase when released on the PSP system in 2011, Corpse Party began life as an independent RPG Maker adventure title in 1996 before being greatly expanded for this 2008 iteration. Featuring more characters, more detailed interactions, darker story elements, over 5,000 lines of Japanese voice-acting from the original indie actors and dozens of shocking, gruesome endings, there’s much more to this survival horror adventure title than meets the eye. Players take control of nine main characters and several side characters who’ve been split up into groups of two or three and trapped in a run-down, otherworldly elementary school full of vengeful spirits, deadly mysteries and – of course – corpses. As they walk around examining objects and bodies in an atmospheric 2D environment, a horror tale spanning over 50 years begins to unfold, and player choices determine which of the tale’s dozens of endings is viewed, and who (if anyone) lives to see these horrifying events through to their conclusion

Senran Kagura: Bon Appetit (PS Vita)
Revealed for the first time, this rhythm spin-off of the ninja ‘busty brawler’ series, Senran Kagura, features cooking battles rather than shinobi showdowns. The emphasis is on outrageous humor, delicious food and plenty of eye candy. Culinary warfare is carried out through an array of rhythm battles—tap the correct buttons in time with the beat to rack up combos and determine the size and quality of the resulting dish. With 10 girls to choose from (22 when including additional DLC), players are challenged to create the ultimate Super Dish and unlock a special feast for the eyes.

Source [Gematsu]
Posted by Unknown at 19:06
Email ThisBlogThis!Share to TwitterShare to FacebookShare to Pinterest