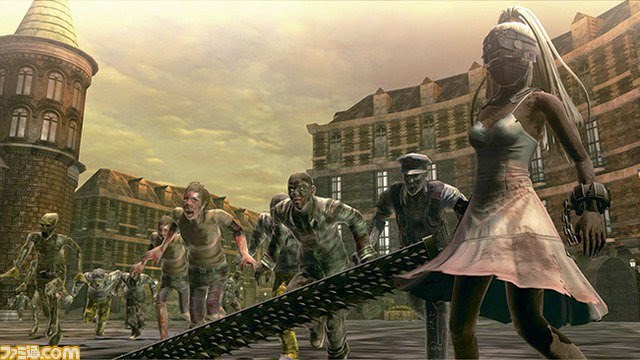 A new trailer showcasing combo's for Onechanbara Z2: Chaos has been released by D3.
The new trailer focusing on the games new combo systems and QTE based finishing moves that will utilise the Dualshock 4's touch-pad.

Famitsu also revealed Misia (Pictured above) who looks similar to Misery from previous entries in the series and will no doubt fill a similar role. Onechanbara Z2: Chaos is due for release in Japan on October 30th for the PlayStation 4.

Posted by Unknown at 12:55
Email ThisBlogThis!Share to TwitterShare to FacebookShare to Pinterest