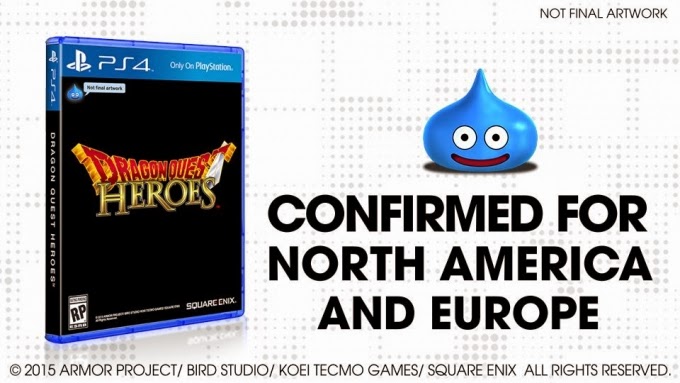 Square Enix has confirmed a localisation of Dragon Quest Heroes is in the works for Ps4.
The announcement was made via the Square Enix EU blog:


Dragon Quest Heroes will be coming out in Europe and North America in 2015, exclusively for PlayStation 4 and will be available as both boxed physical release and digital download via PlayStation Network. So if you were thinking about importing Dragon Quest Heroes because that would be the only way you’d get to play it, you no longer have to!

Only a release of the Playstation 4 version has been confirmed for the west, with a physical& digital release mentioned, with no firm release date given as of yet.
Posted by Unknown at 14:12
Email ThisBlogThis!Share to TwitterShare to FacebookShare to Pinterest