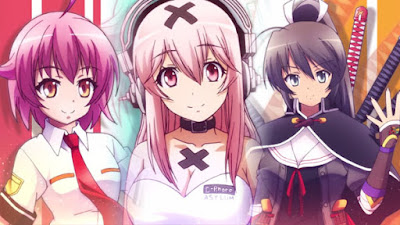 Marvelous has released a trailer for the upcoming Nitroplus Blasterz: Heroines Infinite Duel.
The console version of the arcade fighting game that pits the girls of Nitroplus against one another adds Arcana Heart 3‘ Aino Heart, Senran Kagura‘ Homura and Super Sonico‘s Sonico to the roster. Nitroplus Blasterz: Heroines Infinite Duel is due to release for Playstation 4 & Playstation 3 on December 10th in Japan, with a release during winter set for North America via XSEED Games.

Posted by Unknown at 20:39
Email ThisBlogThis!Share to TwitterShare to FacebookShare to Pinterest