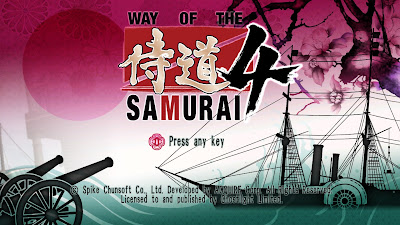 A triumphant return for this weary warrior or seppuku at sunrise?


Way of the Samurai 4 is the port of the under-appreciated PS3 title of the same name being released on the 23rd of July 2015 for PC through Steam. Originally developed by Acquire and published by Spike, this port has been handled by Ghostlight, a company with a reputation of a mixed bag when it comes to their ports.

The 4th entry to the series is set in the mid 19th century, as Japan has begun to open its borders and mix with the Western world. You take the roll of a master-less samurai wanderer thrown into a conflict between the shogunate, fierce isolationists and the British. While moving around the world in turmoil your decisions and the missions you go on with shape your destiny and the outcome of this three way conflict shown in many available endings based on your allegiance.

This game has spent many years as a Playstation exclusive with a fanbase who adore it, so it was only natural that it would eventually be given a release on other systems, but how does it fare?

Well as much as opening the title to a new audience the port itself does not fare well at all, that is not to say that the game cannot be enjoyed but it has major issues in the most important areas of a port. These may be fixed in time with updates but for now it’s launch will be bumpy especially with new players to the series. 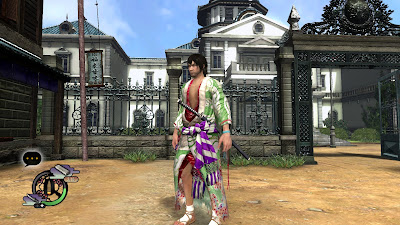 Graphically little has been changed from the 2011 original, with mostly static surroundings and little to interact with. Everything looks just okay, with the exception of character models which are rather nice and do happen to stand out compared to the background. The problems only occur when it comes to resolution, the game initially boots into a windowed 800 x 600 and like myself many players will find themselves switching the game right up to 1920 x 1080, but then quickly discovering that it does not scale up well, leaving everything unnaturally stretched and kinda blurry. No problem you might think, I will just drop it to 1280 x 720 and that will sort it, and you would almost be right. Running it in 720p gives some nice cinematic bars and only minor jaggies, but the pay off is the menus move around all over the place and sometimes overlap. Mostly this isn’t a huge issue but it is clear that they have done little to prepare the original content for the PC release. 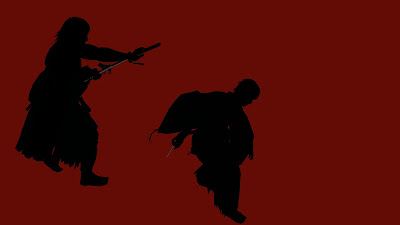 Sound wise again the original audio has been brought over and mostly suits the purpose, with its fantastic soundtrack, crisp dialogue audio, and semi-arcade style sound effects. The only complaint is that sometimes background sounds are paused during dialogue sections and when the dialogue finishes all the sounds meld into one for a second, a little jarring but really not a big issue

Gameplay and Story are unchanged, but this is obviously not an issue even if a couple of changes could have been made. In dialogue for example you have the option to interrupt a character in order to ask questions to characters around you, this works nicely except for the very jarring habit of the original character who was speaking picks up exactly where they left off before you interrupted them. I personally found this annoying as it broke the flow of any conversation. That being said though the dialogue moves the game along at just the right pace most of the time, your choices and actions have a tangible impact on the story and really allows you to see how truly you would stick to the role of honourable Samurai (or dishonoured if you want to play it like that) When it comes to combat, other than the massive control scheme issues I will move on to shortly it is mostly flawless. A brilliant Samurai combat sim with just the right amount of arcade styling to keep it fun. You have many weapon and style options to mix up the heavy and light attack system, different ways to throw your enemy off balance and then to take advantage of that to full effect. Even going so deep as being able to flip your sword the blunt side for non-lethal combat and having weapons degrade and break during combat. All in all the combat is weighty, with good control and options, it absolutely stands out against similar games in this regard. 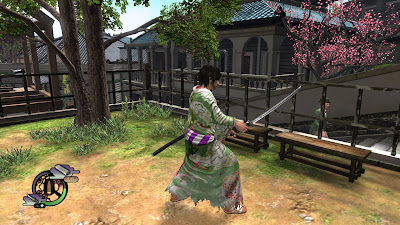 Onto the biggest offender, the control schemes. Obviously having been a PS3 game it was a given that the controls would need to be remapped to accommodate PC players. Sadly though the mapping is so convoluted that it quickly becomes a problem. Starting off with Left-Alt to unsheath your sword and U & H for Light and Heavy attacks is fine, until you realise that O is block, and the camera controls use J,K and L. W,A,S,D are your standard movement controls but with E as the grab button and Left Control as the sub menu key it becomes a mess leaving you wishing you had an extra finger or three, not only that but I found it became very tiring on my hands with my having to spread them into a rather unnatural position to cover all of the needed keys. The only time the mouse comes into play is the annoying method of navigating the menus which have an up and down arrow to click, arrows that cannot be controlled in any way on the keyboard! 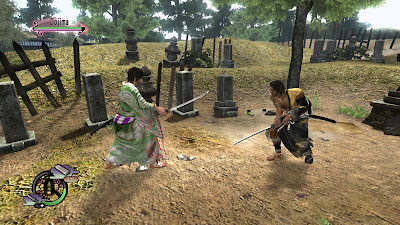 Now this isn't entirely Ghostlight's fault, many games that originally used controllers have difficulty being translated to a keyboard map, normally this would be quickly fixed with a few mapping changes or a switch to controller. This is where the greatest and most confusing error has occurred, when plugging in a controller it is recognised and switched to immediately, but for some reason the displayed buttons are not the button that work, for example it says press A on the screen but what it actually means is Press X. This may have been a bug but I doubt it, even where the control is correct though there is an issue, clicking down the left stick activates the sub menu, but then to change between weapons and stances you need to use the d-pad. So I found myself having to assume a weird sideways claw to enable myself to move around while holding the left stick down and avoid damage while I brought my right hand under my left to operate the d-pad. The controls are easily the biggest let-down of this title and sap a lot of enjoyment out of it, something that if it had been done right would have meant that the other issues were a minor niggle.
When it comes to performance, not much is expected of a ported title that is more than a couple of years old and thankfully in this department it delivers. At 1080p it runs at a locked 30fps with no slowdowns even with many bodies on the screen. There is no screen tearing or input lag to speak of so in this area it redeems itself a little.

In conclusion WotS4 on PC retains the story and gameplay that made its fans love it but ends up taking away so much more than it gives and causing it to be chalked down as another poor port by Ghostlight. Of course for the most dedicated fan it is just a matter of spending a bit of time setting up their perfect keyboard map and putting up with the other issues and they will be ready to go, but for many potential new fans the problems will likely push them away from a possible purchase.

Posted by Unknown at 17:59
Email ThisBlogThis!Share to TwitterShare to FacebookShare to Pinterest