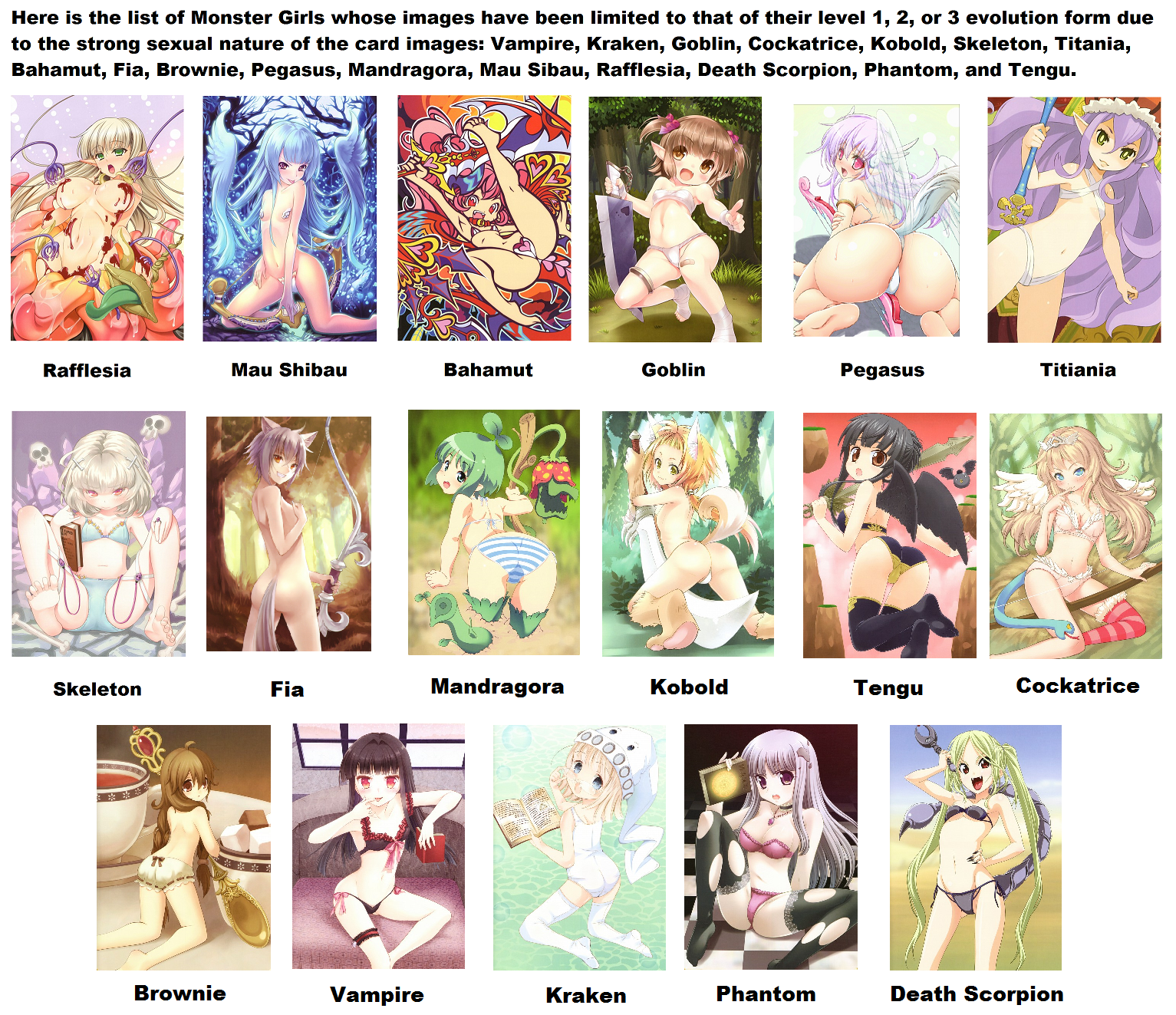 This image above shows some of the 4th evolutionary form cards that have been cut from Monster Monpiece in the west.

EDIT: We now have a review for Monster Monpiece - HERE

Personally I'm not really fussed either way but it is understandable (a couple of confusing omissions too, like Fia for example) as a few of the images have been deemed a little questionable for peoples taste in the west, although I doubt censoring the game will save it from being completely lambasted by the mainstream press for similar content anyway.

Thank you very much for taking your time to contact us!

To answer your question, the number of censored cards are about 40 cards out of approx. 350 cards. So, more than 300 cards are intact from the original images. Please note that none of the stages, ability/stats and Monster Girls character has been cut off, but replaced these higher level monster girl images with the “less exposing” lower level version of the corresponding monster girls.

We hope this will make your concern clear

Again, thank you VERY much for your kind support!!!

Thankfully it sounds as though only the imagery itself has been cut so there wont be any content missing from the game. With a release penned for spring in the west - Its a surprise to see this game being localised at all in truth, so a little censoring isn't going to bother me much. What about yourself?  Let us know!
Posted by Unknown at 15:27
Email ThisBlogThis!Share to TwitterShare to FacebookShare to Pinterest