One Piece Unlimited World Red is the latest tongue twisting title from Bandai Namco in the long running One Piece franchise. As with most anime/manga adaptations there are several hits and misses especially in regards to the handheld side of things. Does X mark the spot with this one or is it just another case of filler?. 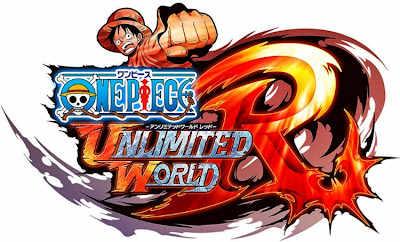 World Red (As it shall be known from now) is the latest in the Unlimited line of One Piece games, these include the Wii title Unlimited Adventure & the 2 Wii/3DS Unlimited Cruise titles. These have a certain way of playing out which include grinding for materials to upgrade equipment to further the narrative, unfortunately the series has been riddled with unpleasant backtracking and levels of repetitiveness.

First off the story as with all the Unlimited games isn't canon & as such as a certain amount of room to maneuver. This title is all about Luffy & crew following a Raccoon called Pato whom the Straw hats had just recently saved, repayment comes in the form of directions to an island full of mystery and hopefully treasure! to quote Luffy from the game "A huge slice of Piracy awaits!!". 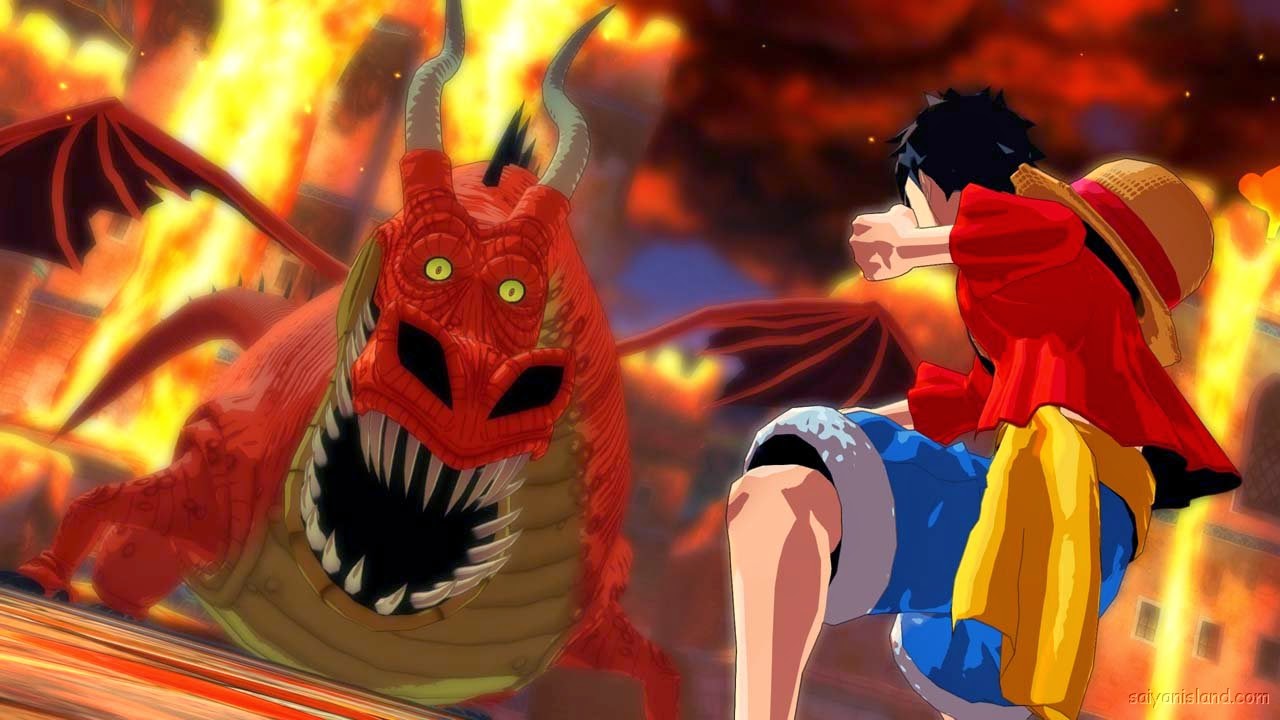 Naturally not all is well, you are treated to a scene where Patrick Redfield a.k.a RED breaks out from Prison. From what you overhear he is to be as strong as Gol.D.Roger & Whitebeard yet more dangerous in that he works alone to his own devices, never leaving a lasting mark on the world. What exactly does Red want & how does it tie into the main narrative? Well that's for you to find out.

With it being filler in story they had more creative freedom in which direction to take the story, as with the fantastic One Piece Pirate Warriors 2 you'll see an abundance of familiar faces both past & present. The way they come into it are a little loosely written & some characters could of used with a little more screentime as at times it just seems they have been thrown in the mix for the sake of it.

Also this has to be noted that the additional Colosseum mode that was added to the western version aswell as the 3DS version as DLC in Japan comes with a separate story to the main game. It's a fairly decent intro cutscene showing why the Straw hats have entered this tournament & is a nice addiction rather that it just being thrown on.

Visually the game is stunning, it's like playing an episode of the anime with the fluid animations and the detailing on the main character models. Enemy models suffer a little due to lack of detail, as do the levels, you get a general idea of where you are but nothing overly staggering or iconic. The main hub level is nice to look at and you'll be seeing it plenty during the adventure so that's a good point. Gameplay is that of a standard 3rd person action adventure game, you visit several areas from One Piece's past such as Alabasta or Enis Lobby and battle countless foes till you get to the heart pounding boss battles. Distractions come in the form of hunting various materials & finding hidden treasure in the levels.

Combat on this levels has taken a significant upgrade which is brilliant, the combat feels alot more fluid now and has a context sensitive reaction button now. For example someone will shoot at you & should you react quick enough you can deflect it, the same button could also dodge later on.

The different characters also have different battle abilities as you would imagine, Take Zoro, he's a brawler type so he's in the middle of the fray getting stuck into the many enemies attacking, Usopp on the other hand is a Sniper so he is sat back firing shots and offering support. It's up to use to choose which character matches your playstyle for that level. It's a fantastic improvement but unfortunately doesn't seem to quite match the impact of the Musou system Pirate Warriors used which is a shame but it's close enough to be highly enjoyable. 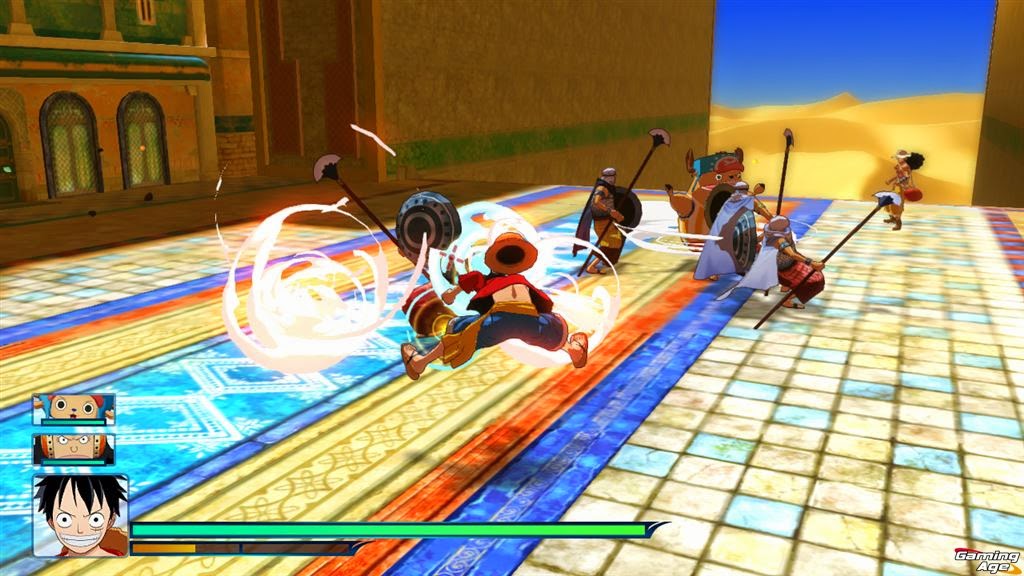 Briefly mentioned that you'll be harvesting materials, this is to help the town improve and add even more content to your game. You will build museums, pharmacies, expand land and Taverns. The Tavern being where you'll find side quests and DLC quests, these are usually in the form of, Find X amount of item, Kill X amount of Enemies or Fight Boss Character who is stronger and faster now. These are a great time sink and certainly have a feel of Monster Hunter for our hunt fans!.

To help break everything up there is an outstanding selection of mini games and distractions. From balloon collection to animal hunting and bug catching. The more you put into your town the more you get back.

Through the levels and combat you'll unlock phrases for the characters to say during play, these increase attributes, perform different abilities or heal. Think equipping new armour or weapons for your team. 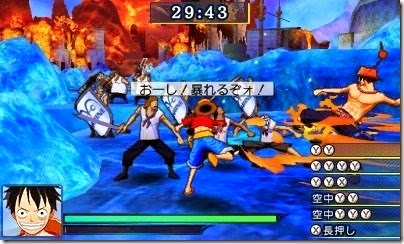 Overall this is a total package for fans of One Piece, it features enough fan service alongside 2 freshly created characters by the creator himself, enough action and adventure and generally bursting at the seems with content.

There isn't much here for a none fan as everything is dripping with references, which with a game aimed at fans isn't a bad thing!.

It's a fun romp full to the brim with stuff to do, references and tight gameplay, despite a few misses with the story and the combat at times doesn't really connect but it's really impressive what they have achieved with this title. It's a must play for any One Piece fan especially if you wanted a better experience than that provided from Romance Dawn

Posted by Andi at 11:52
Email ThisBlogThis!Share to TwitterShare to FacebookShare to Pinterest