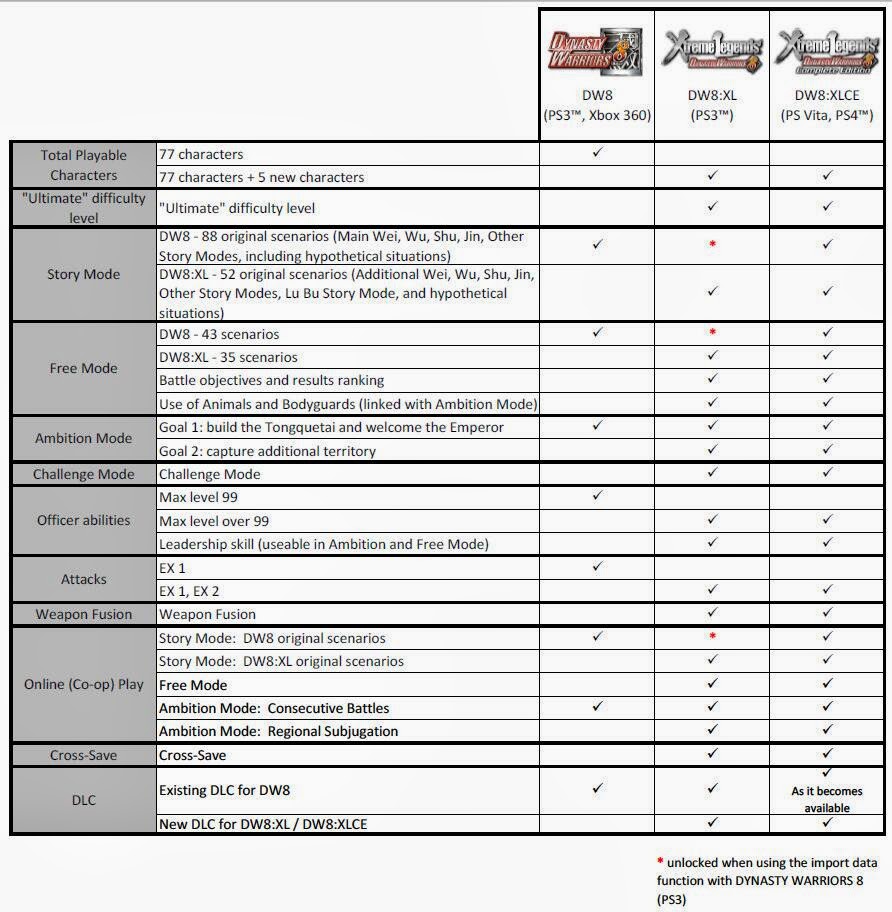 Earlier today, Tecmo Koei released a detailed chart showing the content differences between the console versions of the game. With the Ps4 & Vita both featuring DW8 and Xtreme Legends packaged together into a complete edition, it seems there's still a little confusion around about what that entailed which TK felt needed clearing up. As you can see, If you have a save file from DW8 imported to Xtreme Legends on ps3, you'll have access to the same content as the Ps4 & Vita users will be recieving. Its good to see confirmation that the handheld Vita version is just as feature packed as its console brethern with nothing cut to fit onto the Vita. Dynasty Warriors 8: Xtreme Legends Complete Edition (Ps4 & Vita) & Dynasty Warriors 8: Xtreme Legends (Ps3) are all set to launch on the same date of 4th April.
Posted by Unknown at 15:00
Email ThisBlogThis!Share to TwitterShare to FacebookShare to Pinterest