What awaiteth thee past this door? 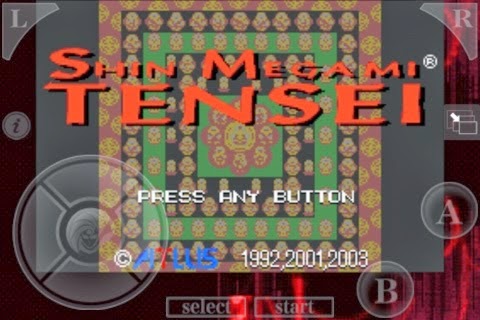 March 18th is a date etched in most Shin Megami Tensei fans head's, why? because it'll be the first time SMT 1 has released officially outside of Japan!. In an unexpected but welcome move by ATLUS they are putting Shin Megami Tensei on the App Store, fully translated for everyone to enjoy!.

The story is set in Tokyo in the year 199X. Demons from the nether-realm of Makai have found their way back to Earth, and as such have upset the balance of power. A charismatic Japanese leader attempts a coup d'état using these demons as a potent military force, forcing America to intervene with its military. The player, as the hero, becomes involved when sent a Devil Summoning Program via email which allows him to converse with and recruit demons to fight for him, storing them as digital data on his computer.

In the aftermath of the ensuing destruction, the hero must decide what kind of world should be created on its ruins. Will he side with the angels and create a kingdom of absolute order that would last for a thousand years, or will he side with the demons and bring about an eternal anarchy, or will he choose neither, and destroy everyone who opposes him?. (Excerpt from Wikipedia)

As you can see there is alot going on in the story of SMT, especially when you think that this originally released in 1992. Using a real world setting for an RPG was an original thing at the time and the dark story certainly set it apart & still does to this day. The game leaves you in the real world long enough for you to grow to it before it strips it away and presents destruction and death.
There are some scenes in this game which still stir emotions in this day & age, there is a scene around about 40 mins into the game which quite shocked me, it was fairly unexpected and I haven't really seen it done since it.
There are points where it is quite vague on what is happening but I find this to be a plus as it kickstarts your imagination which can sometimes paint more vivid images than that of the greatest cutscenes. 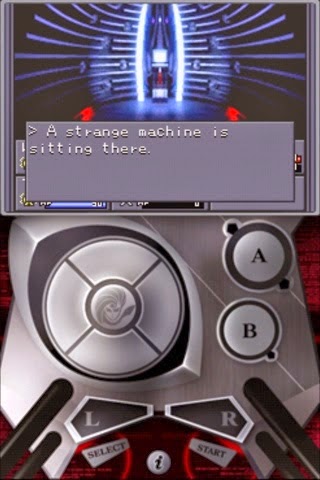 Shin Megami Tensei is a first person dungeon crawling RPG from 1992 & originally released on the Super Nintendo. With a steep difficulty level and at around 30-40 hours of gameplay this is quite the meal when compared to most IOS games available today.

The majority of your time is spent in first person view mode, exploring various facilities, malls, hospitals, cathedrals & various other locations. As previously mentioned the first half of the game is a "real world" setting and as such the dungeons are usually themed around a modern institution. For example the first proper dungeon in the game is a hospital, quite a unique setting for it's time!.
The only drawback is with it being a SNES port the dungeons are quite bare making it occasionally a chore to navigate, you'll be pushing through various corridors which all seem to blend together and have you looking at the Auto-Mapping APP more than you would like.
This hasn't been too much of an issue as the dungeons are all of manageable size & I have only found myself getting lost a few times when I hadn't quite been paying attention to where I had been going. 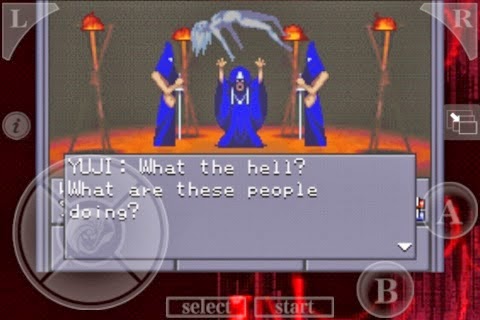 The world map is just like most SMT titles, it shows the city & you control a blue "person" icon to navigate. The settings are pretty staggering fortunatly ATLUS have made important buildings different colours as to stand out. The streets are quite a squeeze on this & you may find yourself hitting the barricades or re-entering buildings due to the touch controls and the way the icon moves. 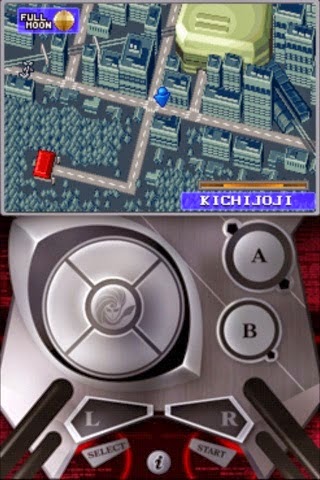 Battles are a standard fare, as with dungeons it's in a first person view. Due to limitations there is only ever 1 sprite on the screen but there are icons showing just how many enemies. This never effected me during my playthrough & I personally found the sprites interesting as it's a way of seeing how some staple demons in the series started out.
Demon Negotiation is present in this title and is just as important as ever, see a demon you like? chat to it and see if you can persuade it to join your team! such is this life of a Devil Summoner. It's alot simpler than the later titles but still just as unusual and slightly addictive. Demons don't level up so once you have no use for them you can either release or fuse them, as Demons consume MAG you don't want dead weight left about causing issues later on.

As mentioned before this is a TOUGH game, separates the men from the boys so to speak!. Money, MAG & equipment is hard to come across and forces you to really think about your loadout and when to use items. Some enemies are capable of "instadeath" moves and some just hit really hard & do not let up. It's honestly refreshing to have a challenge like this in an RPG, as of late alot of the ones I have played I have had no issues sailing through. Despite how well versed I am with SMT this title still kept me on my toes through the whole playthrough!. 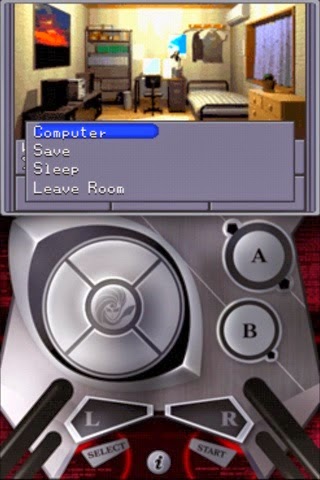 Shin Megami Tensei 1 is a curious title, the announcement that it was coming out translated & on the IOS format was a surprise. It seems to have split fans down the middle about it, some want a release on the handheld consoles Vita & 3DS. Others are just happy that it has finally officially released outside of Japan officially.
Originally I wasn't too comfortable with this on IOS, i rarely game on my I Phone so it's far from my perfect choice. After playing this & causing myself several missed buses, sleepless nights and toilet visits that have lasted far longer than they should I can honestly say i couldn't be happier it's here on IOS. It's a nice old school feast for SMT fans on the go, I say feast because this is a 30+ RPG on the go with no cuts. It even comes with a theatre mode and a section where you can read about the demons, it's a full retail release on IOS and is perfectly worth every penny & every stolen hour it'll take from you. With a few different branching paths to go down this is one you'll have installed and see frequent visits from!. 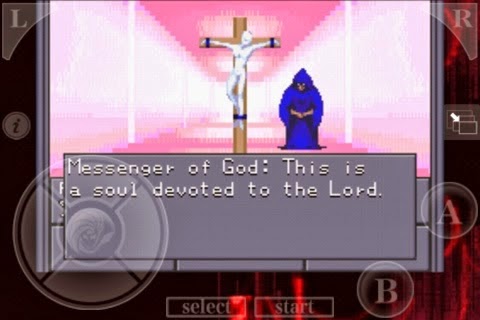 "Old school Devil Summoning goodness on the go, just don't expect to be done with it in any less than 25 hours. A true look back at one of the golden games of RPG"

Many thanks to ATLUS for providing us with the review code for this title
Posted by Andi at 16:25
Email ThisBlogThis!Share to TwitterShare to FacebookShare to Pinterest