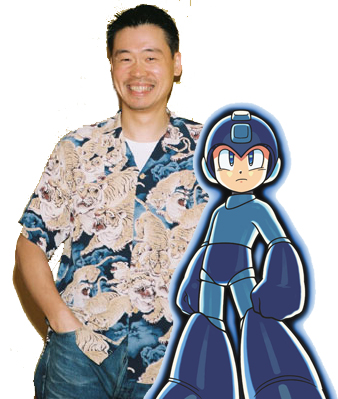 Comcept’s Keiji Inafune spoke with US Gamer earlier, and says he would still like to make Mega Man Legends 3. In fact, it’s the game he wants to make most!

“If somebody asked, even right now, what’s the game you want to create most? It’s still Legends 3,” Inafune states. “I put so much effort into that game, so much passion into that game, but it didn’t happen. It’s always a regret in my mind. Even now…”

“We all know that’s not going to happen, though, as long as Capcom holds the IP,” Inafune continued. “But if they asked me to make that game, I could still gather most of the original team, even right now. Some of them have quit Capcom, some of them are still at Capcom, but I believe that team would be passionate enough to come back together and create that game. So… we’ll see what’s going to happen. You never know.”

The cancellation of Mega Man Legends 3 while Inafune was still working at Capcom seemingly inspried him to create spiritual successors to the Mega Man games in the form of Mighty No. 9 and Azure Striker Gunvolt on his own while collaborating with the likes of Inti Creates (A studio harbouribng numerous members who have worked on Mega Man before) until the time arises that he may get what he wishes for.

Inafune added, “Let’s say that, if we have all seven Dragon Balls right here, right now, and Shen Long comes up and says, ‘What’s your wish?’ My wish would be, give me all the right tools, people, and environment to create Legends 3.”
Posted by Unknown at 11:46
Email ThisBlogThis!Share to TwitterShare to FacebookShare to Pinterest