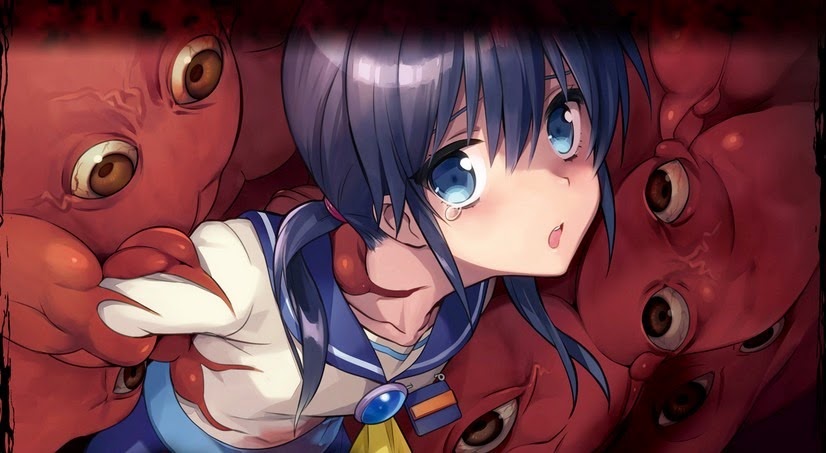 This week’s issue of Famitsu magazine shares the latest on the Playstation Vita sequel to Corpse Party: Book of Shadows, Corpse Party: Blood Drive, that is rumoured to be picking up the story from where the first game ended with most of the cast returning (Ayumi Shinozaki, Naomi Nakashima, Magari Mizuki & Aiko Niwa). Corpse Party: Blood Drive will also have exploration sections as the original game had and its engine will be rendering in 3D, as apposed to the original 2D sprites, with a clear ChiBi styling in place. With the game reputed to be 70% complete in its development cycle, a summer date of July 24, 2014 has been issued in Japan for the title. With previous localisation on PsP, The game could potentially see a digital release in the west at a later date. One to keep an eye on. 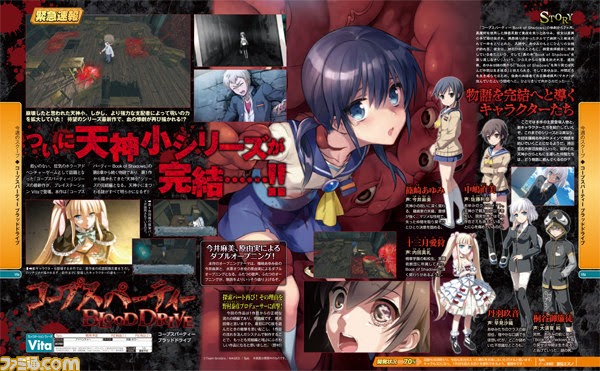 Posted by Unknown at 13:44
Email ThisBlogThis!Share to TwitterShare to FacebookShare to Pinterest