With SEGA set to release a new F2P Crazy Taxi game on mobile, as alluded to in the showing of a new trailer for the game earlier, the original Crazy Taxi port has been posted up as a freeebie in what can only be described as a nice gesture from the old stalwart. With it only being listed as such till the 19th March (Tomorrow!) I thought it may be prudent to do a short impression post in case theres anyone still out there sitting on the fence over whether this is a good port or not - 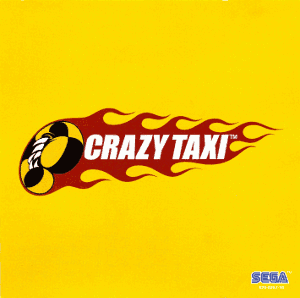 Features: The port seems to be packing all the same content as the previous console versions. Arcade (Arcade Rules/3 Minutes/5 Minues/10 minutes), Original (Arcade Rules/3 Minutes/5 Minues/10 minutes) & Crazy Box featuring 16 challenges to complete in total. All 4 drivers & cars are also present. With regards to content, your basically looking at the fully fledged Console/PC release on your phone and it only weighs in at a measly 227MB (on Android)

Gameplay: As was the case in previous releases, The main objective of the game is to pick up customers and take them to their chosen destination as quickly as possible. Along the way, extra money can be earned by performing stunts such as near misses, drifts & jumps. It plays exactly as you would expect a bang on port to play. The one worrisome aspect would obviously be controls. Touch or Tilt can be used, with Touch adding controls onscreen with Tilt using your phones gyro for steering. Personally I found the Touch controls to be more than adequate, no doubt helped by the games lavishly accessible gameplay.

Graphics & Sound: Thankfully, the full soundtrack appears to be in place on this release, with nothing seeming to be cut or omitted as in other previous releases that focused on an original soundtrack (PC/Ps3Xbox360). The games graphics are phone dependant I guess. I use an Xperia Z, so I have a razor sharp 1080p image with nary a jagged edge in sight & a rock solid framerate. Again it seems to be a direct port as the games assets don't appear to be upgraded, with plain textures & blocky modelling prevalent in most places, just resolution bumped depending on your phone. Keeping the core assets identical has two pros though. Nostalgia & Performance.

Games not designed with mobile gaming in mind tend to falter when ported to mobile, but the arcade simplicity & accessible nature of Crazy Taxi means it bucks the trend. Its a game that seems perfectly suited to quick sessions on the go too, and in keeping the technical side of the game close to the original helps broaden the range of phones able to run the game at a solid framerate. Still a solid game in all regards and a free release ensures younger gamers that missed out on SEGA's magic can at least sample a little of it themselves risk free.
Posted by Unknown at 15:51
Email ThisBlogThis!Share to TwitterShare to FacebookShare to Pinterest