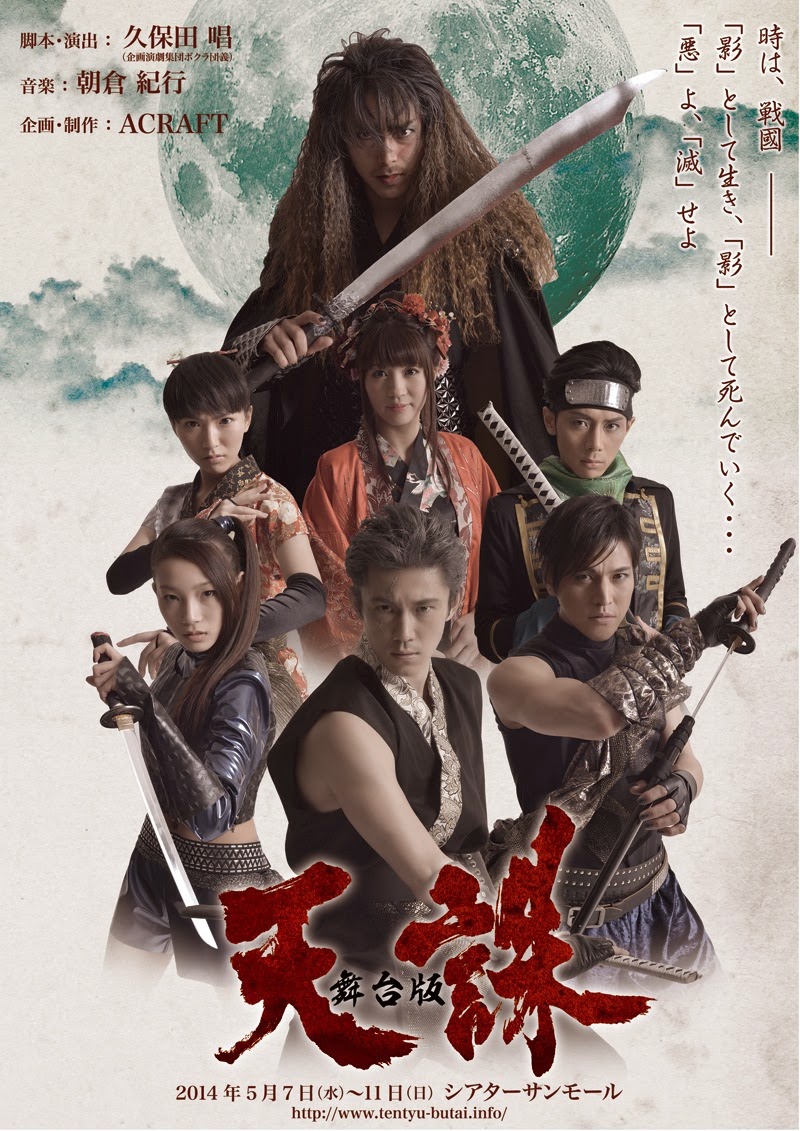 It’s been some time since we've seen a Tenchu game, The last Tenchu released was back in 2008 - Tenchu: Shadow Assassins on the Wii and PSP. It seems the series isn’t completely dead afterall as Inside Games  reports that From Software have announced a Tenchu stage play this last week.

The play will run from May 7th – 11th at the Theater Sun Mall in Tokyo’s Shinjuku ward. It will feature an original story whereby Ayame goes missing amidst a fight between Rikimaru and an assassin named Rin. While its doubful anything like this would make its way to the west, it at least gives those Tenchu fans among us some original content to look forward to outside of gaming

Source [Inside Games] [Siliconera]
Posted by Unknown at 16:52
Email ThisBlogThis!Share to TwitterShare to FacebookShare to Pinterest