While the Hyperdimension Neptunia Victory II trailer doesn’t show any gameplay, it gives us a few clues with lines such as “Zero Platform,” “Mega Dimension,” “recover the goddess who has been forcefully forgotten,” “the modification of Gamindustri,” “the four people of the Gold Third,” and “the last goddess.” while having numerous pieces of artwork flashing across the teaser at numerous intervals.

More info has also been gleaned from an interview: - 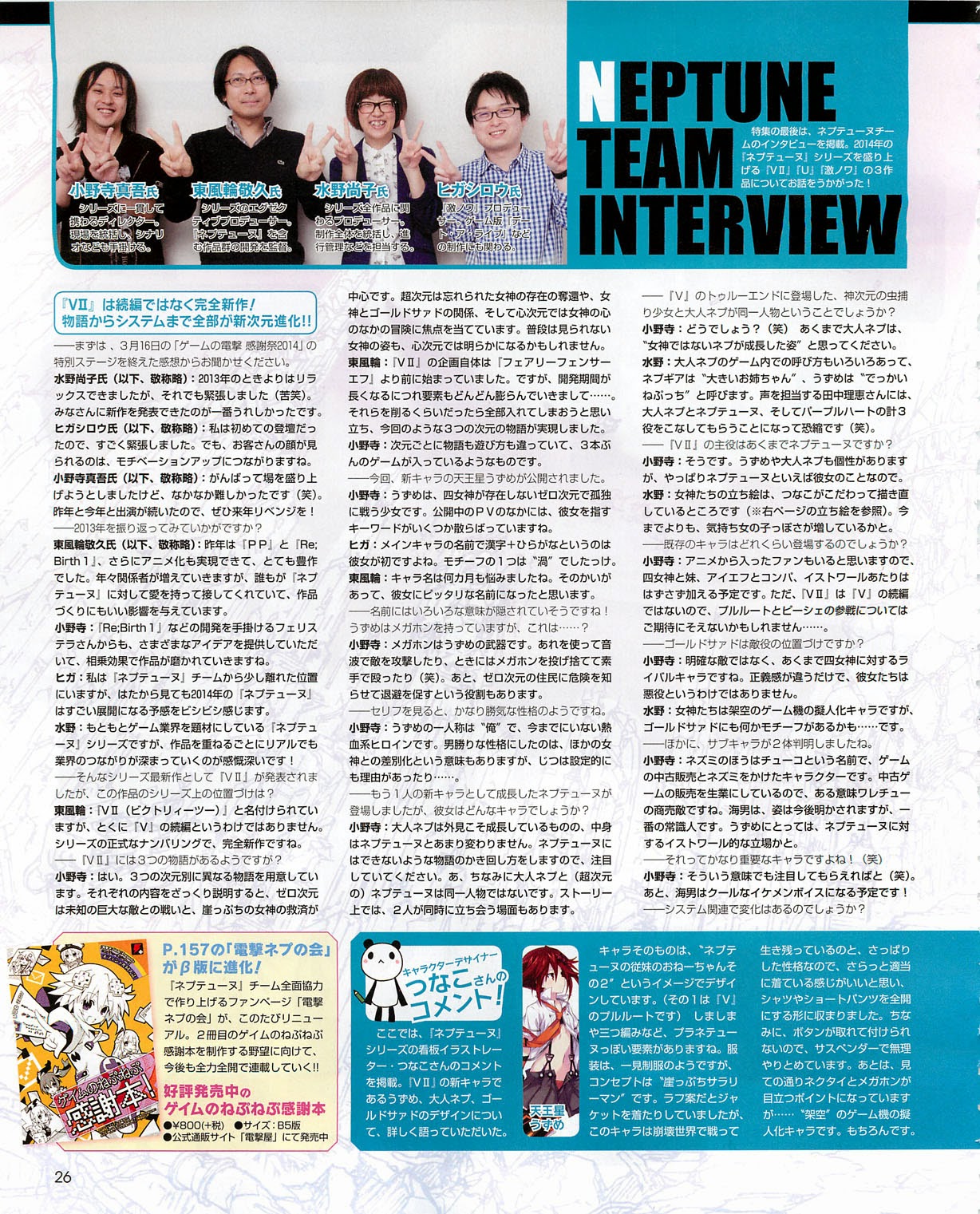 a few points (translated by Diqus user Refrain)
-V-2 may not be a direct sequel of V afterall...
-VII will have 3 stories:
Zero Dimension will have a big bad to fight focusing on the critical point where the godess(es) gets saved.
Hyper Dimension will be about the forgotten goddess' whose existence was stolen away from her and the relation between godesses and goldside.
Heart Dimension will be an adventure into the heart of a goddess, her normally hidden away goddess form might become clear in this one.
- The story and gameplay is different for each dimension,
- Uzume might be the last goddess in the trailer
-The candidates, IF, Compa and Histoire are going to appear as well
-The Golds Sades in not enemies but rivals of the goddesses, they are also a parody of something...
-2 sub chara shown: Chuko and Seaman(Umi Otoko?), they said Seaman is like Histoire for Uzume

Source [Siliconera]
Posted by Unknown at 13:17
Email ThisBlogThis!Share to TwitterShare to FacebookShare to Pinterest