With the Ps4 not seeing a release until February this year in Japan, it was always going to be the case that eastern developed titles would take some time to arrive on Sonys latest machine. Thankfully, Tecmo Koei decided to bring their Complete Editions for both the Ps4 & Vita versions of Dynasty Warriors 8 to the west to coincide with the Ps3 launch of Xtreme Legends. I'm guessing the most obvious question on most people minds is whether the extra content & technical polish afforded on Ps4 is worth the extra cost. Lets take a look... 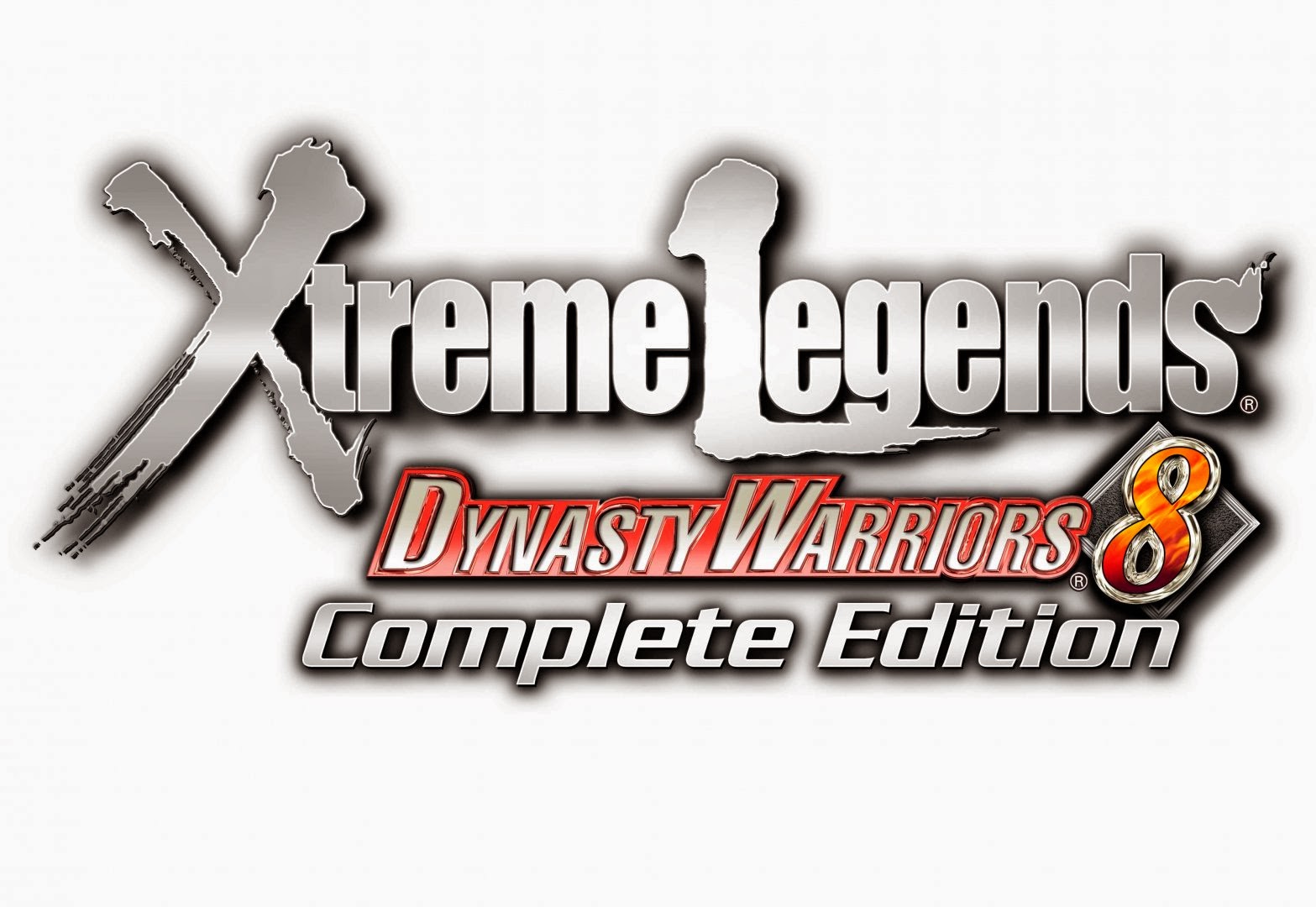 Since the previous iteration, Dynasty Warriors 7, TK have decided to take the story for the series and present it in a more cinematic way. Each level begins & ends with a cutscene and the series now more closely follows the events of The Romance of the Three Kingdoms novel that it is based on. There are also events during missions too, that can help glean more about the character as they were during that time, but at times it can become a nuisance during the shorter stages as it breaks the flow of battle. There are numerous story arcs to play through as this release also contains DW8 - so the full campaigns for Wei,Wu, Shu, Jin and Other are included, with hypothetical situations and extra stages due to Xtreme Legends boosting the separate story's arcs even more. Theres also the inclusion of a LU Bu story mode added as well. A neat little addition for DW8 is that at the start of each mission you have the option of choosing 1 of 3 officers. Depending on which you choose can give you different objectives during the stage as well as a different path to follow. Yet again, the stages have all been redesigned, packing in more detail & pathways whilst also seeming to have increased in size a tad over the previous release. Considering each story campaign can take several hours to complete and there's more than a few with different officers offering up , you'd be forgiven for thinking that was it with regards to content - but that's just the tip of the iceberg. Free mode is included, which allows you to play over 70 scenarios as you see fit as any of the 82 officers, with objectives & results ranking included due to Xtreme Legends. Ambition mode also makes a return from DW8, which sees you building your own town with a 'Tongquetai Tower' and have Emperor Xian visit, that also sees added content in the form of another objective to complete & enhancements to the bodyguard system. The Xtreme Legends aspect brings with it the Challenge mode that has 5 mini-games to complete that can reward you with weapons & online leaderboard positions. The Complete Edition just never seems to stop giving with its content either, as online co-op is also included across all game modes (Story/Free/Ambition) and that also includes cross-play between all 3 versions of the game, so regardless of the version you are playing - you could happily play with someone on a Vita while your on Ps4 for example. There seems an issue at the moment with inviting across platforms, but gameplay seems to work fine. Not only that, but if you happen to have Xtreme Legends on Ps3 or Complete Editions on either the Ps4 or Vita, then cross-save is also incorporated so you can continue your progress wherever you are. I've only scratched the surface so far with regards to the Complete Edition, as you'll find out as the review progresses, but theres already enough content here to put most RPG's to shame with its run time. 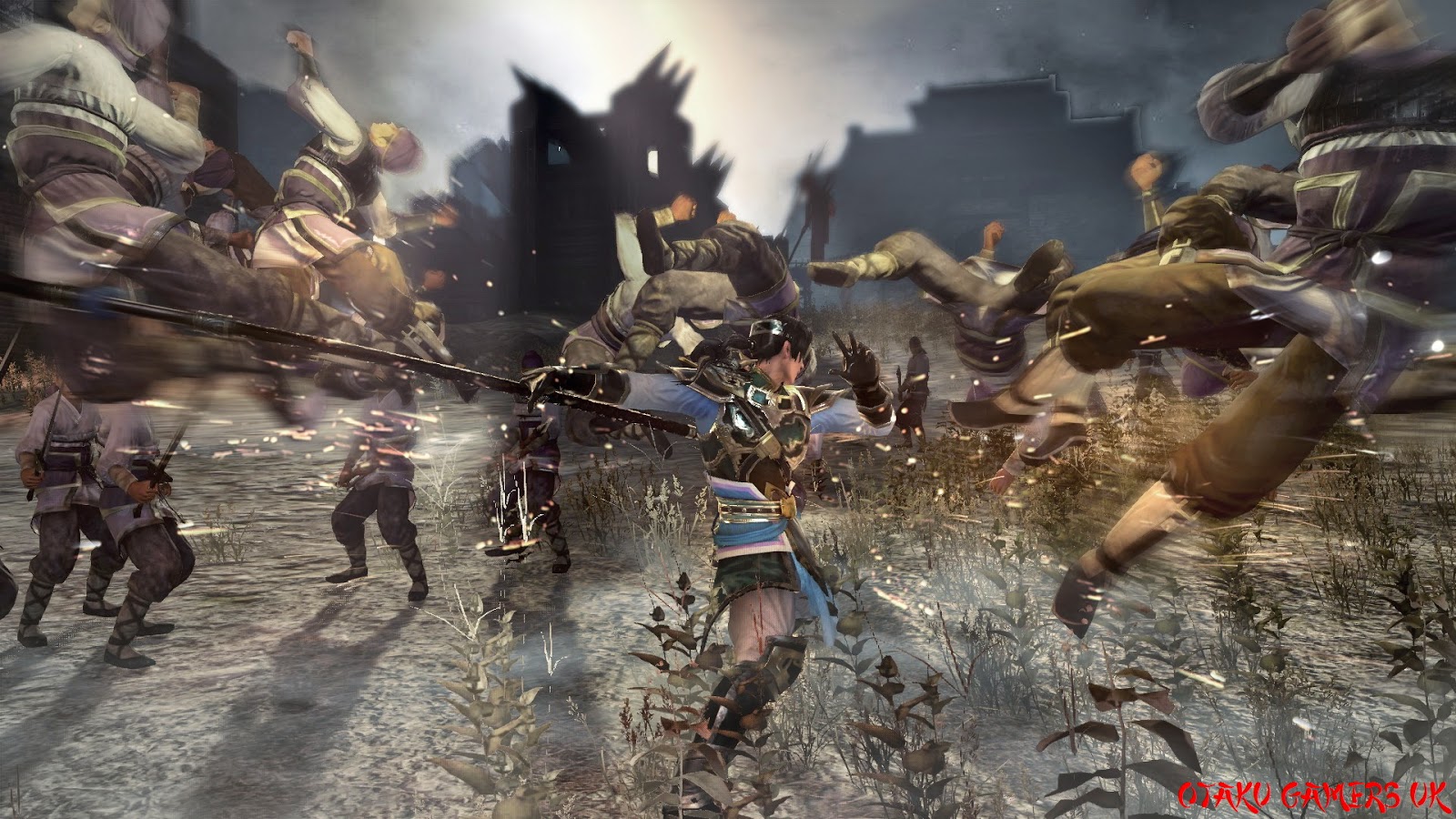 Gameplay has always been a contentious issue for the series amongst most publications. Ive played every iteration of the series all the way back to the 1 on 1 fighter we saw on Ps1, so Ive noticed every change to the core gameplay that happens with each iteration, and Dynasty Warriors 8 is more of a refinement of 7's system that a redevelopment like we usually see. Considering Dynasty Warriors 7 was well received and a huge improvement over the wayward 'Renbu' system employed in 6, perhaps a simple refinement is not a bad thing after all. What gives 8 a more deep & tactical edge over the system employed in 7 are the additions to the core gameplay. Everyone should know how these games play out by now, you complete objectives & defeat enemy officers to complete stages, so there's not much reason for me to discuss that aspect. Instead Ill focus on some of the additions and how they help expand the series gameplay. Officers have multiple mosou attacks for differing situation, as in 7, but they also have an extra EX attack due to the additions from Xtreme Legends. Enemy officers you face can also now make use of these EX attacks, balancing things out a little more while raising the games combat depth when playing at higher difficulties (A new difficulty of 'Ultimate' has also been added in this release) That's not all either, as weapons also come with affinitys (天 Heaven, 地 Earth, 人 Man) and a triangle of strengths & weaknesses against weapon types comes into play. There's so many weapons this time too, offering up unique move sets and EX attacks for particular officers, and the system of carrying 2 into battle that you can switch on the fly to maximise combo's makes a return too. Weapons are also customisable with the Warriors Orochi series inspiring the weapon tempering & reforging systems, while Xtreme Legends adds the system of fusion to the mix. These are unlocked while playing through Ambition mode and mastering it can help give you an edge at higher difficulties. With characters now being able to level past 99 & increase leadership skills in Ambition and free modes, depth in combat becomes a more tactical affair when the new weapon systems & AI come into play. While its not a huge leap over Dynasty Warriors 7 with its gameplay, the additions take the series in a more tactical direction which can only be a good thing going forward. 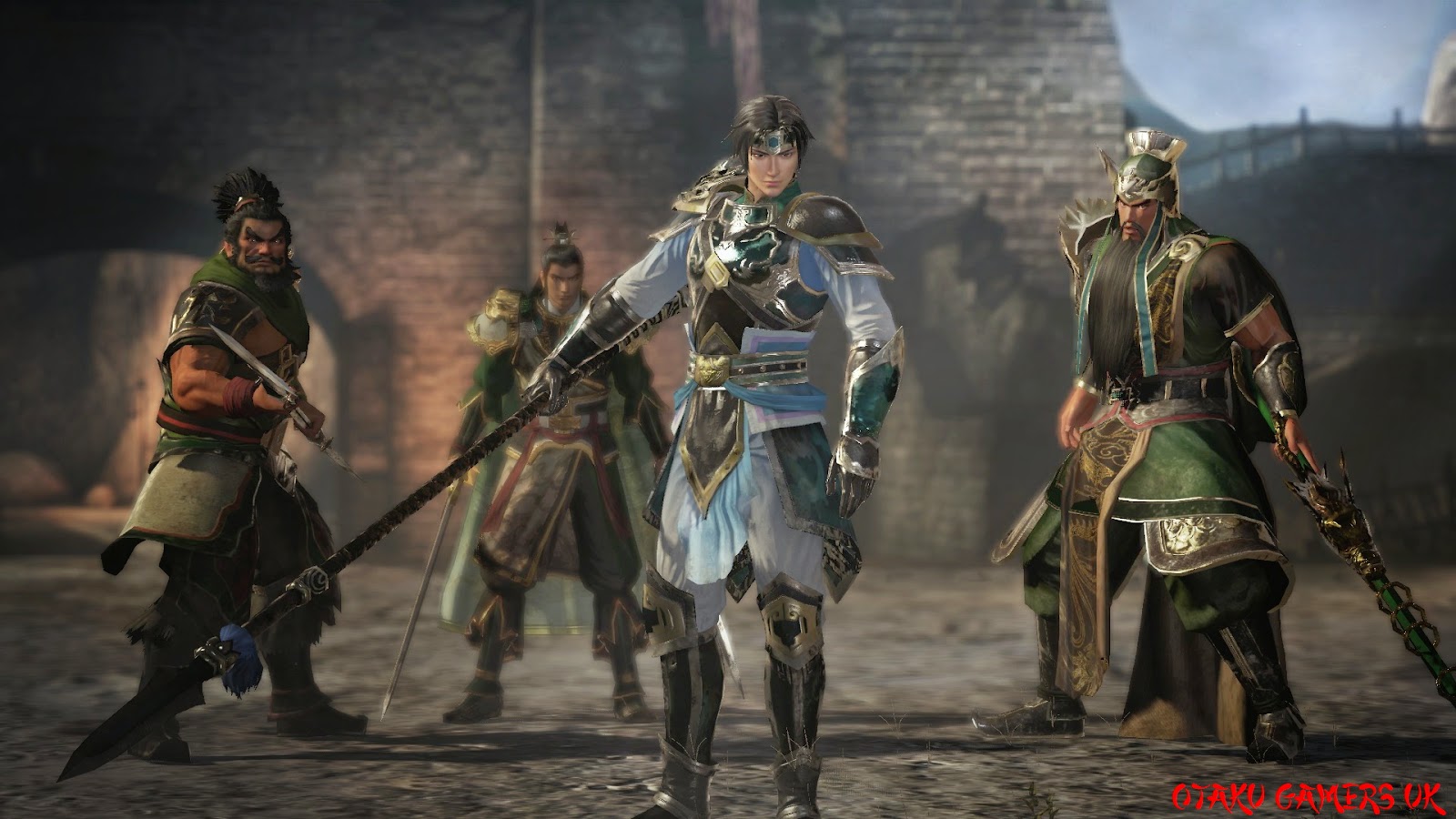 Graphically, things have improved in more ways than thought. The game does indeed pack a full 1080p framebuffer while running at an unlocked framerate capped at 60 (becoming quite the norm on Ps4) Couple this with a tweak to the Lighting system that now streams through trees, buildings etc while seeming to offer a more realistic hue to proceedings, texture detail that has improved too with the officers now packing more detail into their embrodied tunics for example, a metallic shader implemented for armour & weapons to give them a much more realistic look over the Ps3 version and the Polygon count is upped - offering better character modelling, longer draw distance and a higher on screen enemy count. Its the higher enemy count & longer draw distance that you'll be seeing most of the time. This has almost eliminated the character pop-in issues that have plagued previous releases while upping the scale of each skirmish that is sure to put a smile on the face of series veterans. Unfortunately, there is still a few minor oddities to report. Whilst the framerate stays smooth and above 30 about 99% of the time, there can still be the odd moment that lasts a second or 2 where the slowdown is noticeable. Its nowhere near a regular occurrence, and fans of the series will likely not be bothered as performance is far above any other entry. With the game also being a clear cross-gen port, don't be expecting a technical tour-de-force. The game makes use of a strong depth of field effect, which seems to do a good job of masking its detail deficiencies In the distance. Lip syncing also seems a little off still, but its improved over DW7 and the voice acting is just as good as any other release in the series. Obviously no one is expecting this game to outshine other releases, but series veterans will find an entry that's packing far more detail & smoother gameplay than any previous iteration. A noticeable improvement over DW8 on Ps3 and a glimpse at whats in store for future iterations. 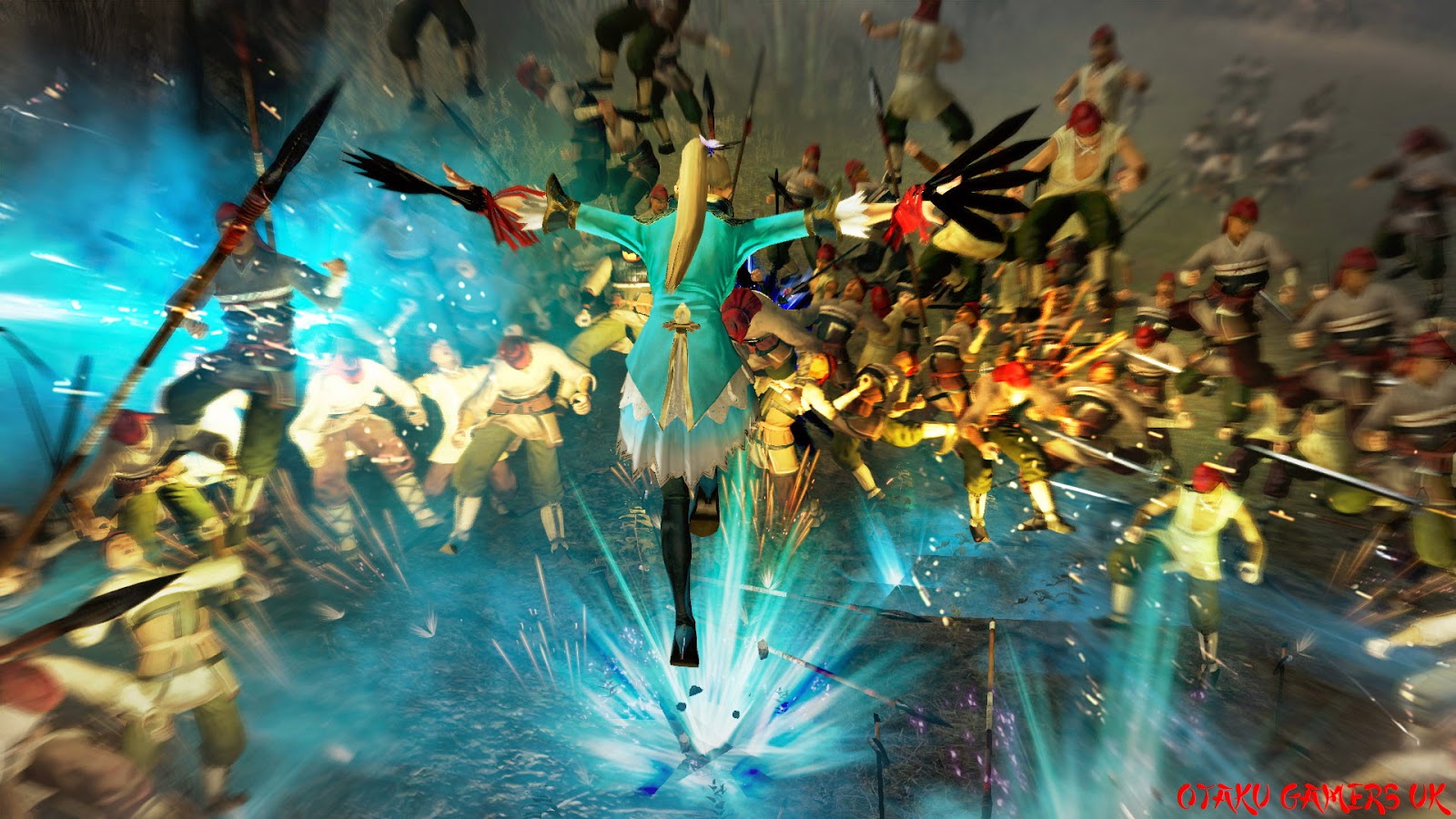 For series veterans this is the pinnacle of the series so far whilst also being a decent place for newcomers to jump in. Packed to the rafters with content & featuring refined gameplay that sports numerous additions to add tactical depth - all while flaunting a noticeable technical improvement over previous versions means this game is one of the best releases thus far in regards to bang-for-buck on Ps4 (it gets even better when you consider the Vita version is the same, content wise, yet is cheaper) Long time haters of the franchise will still be unmoved, but for everyone else theres never been a better time to join the fray.

Posted by Unknown at 20:06
Email ThisBlogThis!Share to TwitterShare to FacebookShare to Pinterest