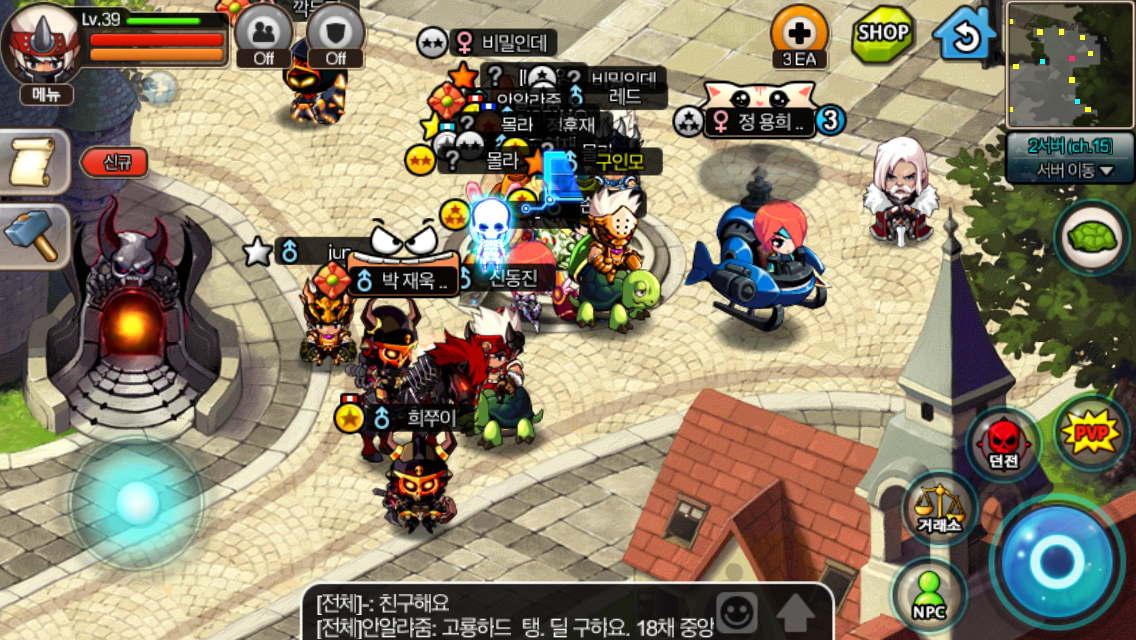 During the recent GDC, game publisher Gamevil revealed that its critically acclaimed mobile RPG Zenonia series will be getting a brand new entry in the form of Zenonia Online, as the publisher revealed the game will feature “full multiplayer online features”.

The new entry is set to allow players to party together to complete quests and take part in boss raids. The game’s online component also means it sounds a little different from its previous titles such as Zenonia 5 (a freebie on Android at the moment), which featured a form of online play, asynchronous, as player-versus-player battles could be raged online in this limited way. From what has been shown & the small details told so far, it loos like a shift to full real-time online play.

Zenonia Online is already available in Korea, but is pencilled in to launch in 2014 on iOS and Android devices elsewhere.

Source [Siliconera]
Posted by Unknown at 11:01
Email ThisBlogThis!Share to TwitterShare to FacebookShare to Pinterest