When information and images began springing up for Betrayer, its monochrome style caught the eye of many. When word broke that Blackpowder Games, who were largely made up of former Monolith developers, this reviewer became interested more. Their work on the original FEAR & Condemned created some of the eeriest moments in games of there type back then.With Monolith now continuing under Nintendo's wing, can this group of developers from that studio continue the tradition of eerie & atmospheric FPS games under a new moniker? Lets find out 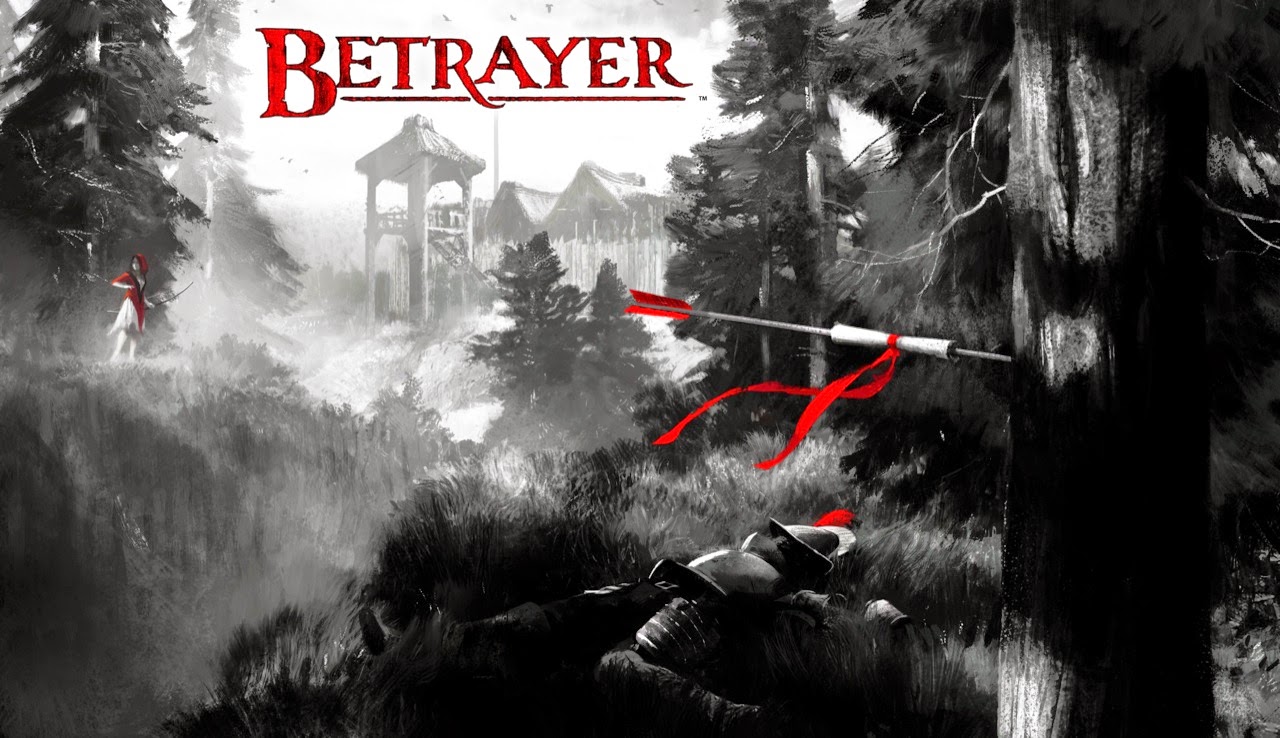 When the game opens up, you find yourself shipwrecked on a beach with no idea where you are. A linear patch is before you and as you make your way inland, a maiden clad in red fires an arrow into a post just ahead before she disappears. The note warns you to turn back, but obviously you don't and upon sampling a longbow & arrows from a chest, continue inland. A little further down the path you'll come across your first other-worldly Conquistador, and a quick dispatch (hopefully) leads you through a gate. Here is where the hand-holding ends and the game genuinely begins. The first thing you'll notice is the lack of any markers/pointers to show you where to go to get the ball rolling. After checking your map, again devoid of markers, and following a path you'll eventually reach Fort James. Here you meet the Maiden in Red again and can equip new weapons etc by purchasing from an unknown vendor. You'll soon want to do away with your rusty muskets & cracked bows once you've managed to loot enough gold from enemies. A few 'Charm' items/equipment can be equipped too. These range from boosting your melee damage to increasing reload speed. All this can also be looted from fallen Conquistadors too. A quick look around has you finding a bell, which when placed in its proper place and rung, changes the world to an other-worldly realm. Puzzling...What has happened to everyone & everything on the island? That's the puzzle and you'll soon feverishly begin to search every nook & cranny of the areas for clues so you can try to piece together just whats happened. You'll soon learn that exploration is key as the various clues you find can help to give you some idea of whats going on & where to go next. Your Journal logs all these clues for reference, but its more of a record of where you've been than where you need to go. Luckily there is a fast travel option that allows travel between a few points in the area, also has an option to return to the place you've just fast travelled from which is a life saver for tackling tough encounters. There's barely an NPC to help you either, as the Maiden is Red is the only one you see for a while and she has amnesia, so is just as lost as you. In the other-worldly realm, there are spirits that you can talk to that give you quests or sorts, which serve the main purpose of giving you more clues. While it can all be a little jarring at first, pretty much every game these days has a focused structure after all, once you give in to the game it becomes fascinating. Even after hours of play, it's possible you may still be unsure of what is happening or what it means. The whole game is a question, that you'll find the answer to near its end. Being just as lost as the protagonist with no idea what is happening, coupled with other-worldly enemies and unwieldy 17th century weaponry gives the game a tense & oppressive atmosphere that sinks its claws in and doesn't let go. The way the game is structured makes it feel unique and will keep one intrigued for many hours. 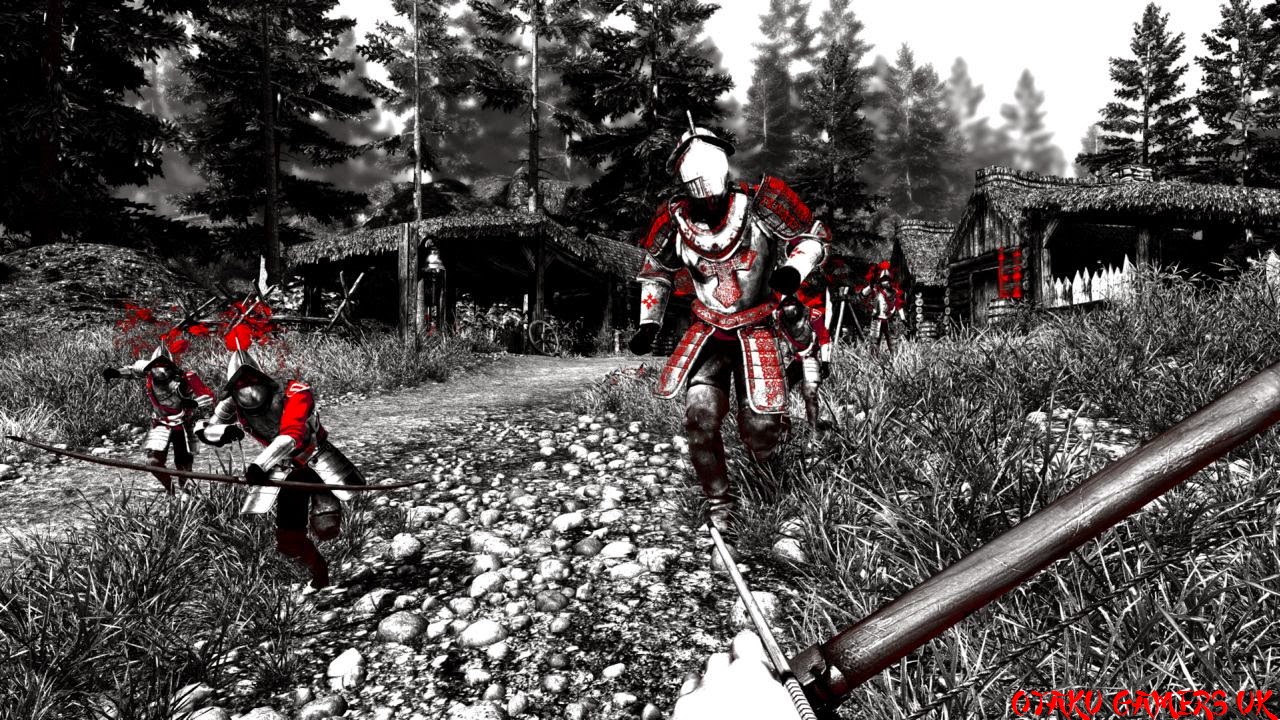 Gameplay seems to sit neatly between several genres. There's elements of RPG, point-and-click adventures and first-person gameplay all thrown into the mix, and the developers have done a great job at combining them to give us something that feels fresh. Its a little unfortunate though, that the combat can feel a little too clunky at times. This has nothing to do with the 17th century weaponry (the tension is amplified when getting into a musket duel with a foe) but more to do with basic & predictable AI. Enemies will always patrol back & forth and upon being roused will either do one of two things. Stay at range and shoot or senselessly charge you to melee, which means most encounters end up playing out in a similar way. There can be times when tings come together. Weaving through a small forest while reloading your musket as Conquistador shots whizz past can be quite tense. Thankfully, if you focus on stealth, these issues with regards to the combat shouldn't be too much of an issue. There can be the odd occasion whereby an eagle eyed foe may spot the end of your bow sticking out from a shadow, but for the most part it works a lot better and is the preferred way to play. There's a neat touch whereby when the wind blows, you can use the sound of the tress etc rustling to mask your sound as you sprint to your enemy. With the enemies being tough, AI being brutally basic, musket weaponry powerful & inaccurate and a health system that doesn't rely on regenerating means encounters can be punishing. There's also a Dark Souls-esque system in play with your look. If you fall, you loot stays where you fell. ALL OF IT! Considering it took me a few hours to procure about 1000 gold, your gonna want to make sure you stay alive. Filling up your water flask at barrels in key locations allows you to carry 2 'medipacks' These don't fully heal you, so staying out of encounters is key if you want to explore more ground.Exploring is a key component of the game after all. 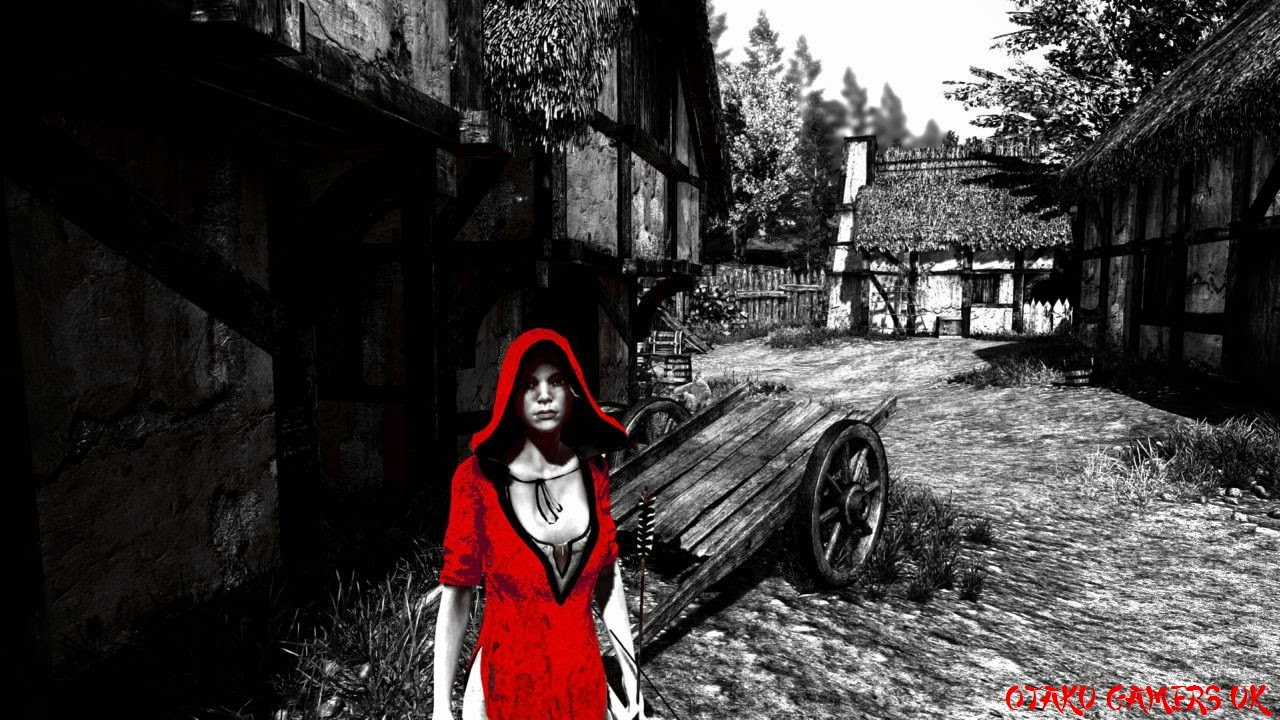 Graphically, the game is most definitely striking. It features a monochrome style that's punctuated by bright red, which is featured sparingly on points of interest & enemies. In truth, it can be a little much at times, for myself anyway, and I found that taking colour up a notch (keeps things monochrome, but just adds a smidgen of green to grass, brown to wood etc) and lowering the light intensity a notch. These very minor tweaks didn't compromise the original image, so it kept close to the developers original vision. The game can be played in full colour via tweaks on the pause menu, and if done properly, can still look pretty good [Screenshot HERE] My low end PC [2.6Ghz C2D, 4GB Ram, 6670] was able to run this game fine with everything except MLAA enabled at 30-40 fps with a resolution of 1360x768, so the game seems to be able to run well on a multitude of hardware. Thankfully theres a multitude of options to tinker with to boost your Image quality if needs be. Betrayer wont win any awards for its visuals, but it does look good enough. The way the game is styled offers an eerie atmosphere, but also forces you to make the most of sound too. You'll soon learn to rely less on what you can see, and more on what you can hear as audio cues for clues, items etc means you'll hear them first. Sound can also lead you to items, and even on a 2.0 system the game has great positional audio. The games presentation perfectly supports what the developers set out to do and helps add to the games overpowering atmosphere. 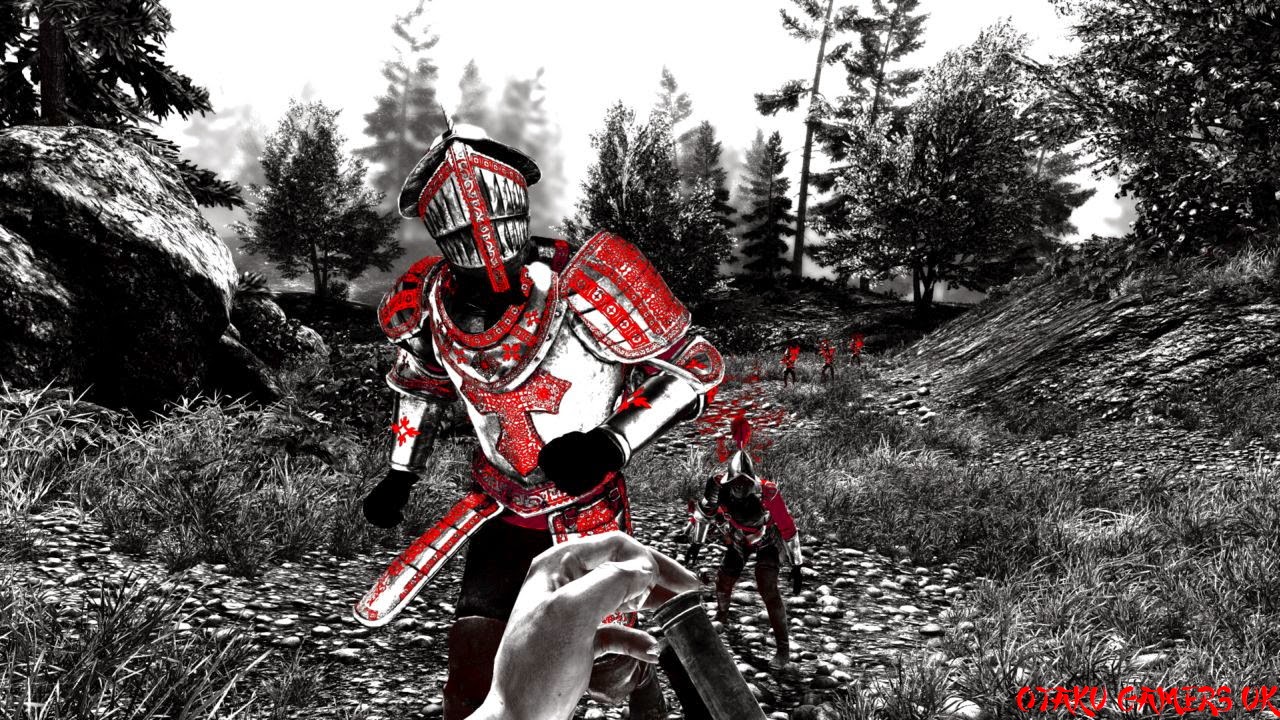 If you can look past the clunky AI, predictable combat as a result of the AI & overwhelming opening to the game, you'll find yourself lost in an intriguing & fascinating world. The lack of hand-holding and freedom offered by focusing on the player building the narrative feels fresh and the atmosphere brought on by how the game is structured coupled with its monochrome style is intoxicating. Not without its flaws, but an experience worthy of trying.

Posted by Unknown at 16:35
Email ThisBlogThis!Share to TwitterShare to FacebookShare to Pinterest