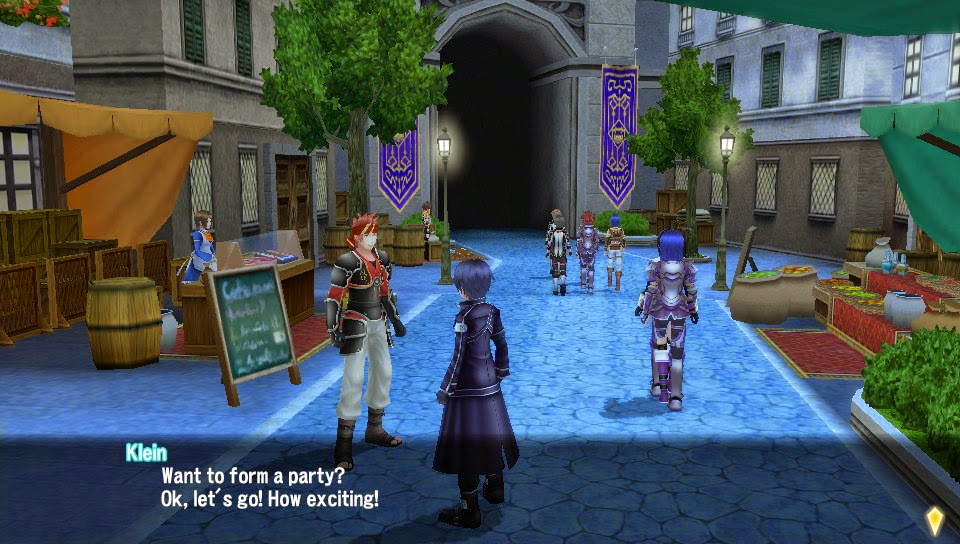 Sword Art Online: Hollow Fragment is set to receive a large update in Japan for the PSVita.
The update looks to add roughly 30 hours of extra content with quests, monsters, events etc being added. You'll also now be able to 'date' Sachi - "Originally, Sachi wasn’t available to date. After the update, you will be able to hold her hand and carry her." Futami also mentioned that Sachi will have new event scenes, whether any of those will contain bubblebath is not yet known. Those expecting the patch to be included with the western release of the game, due within the next few months, will be surprised to learn that it its not to be:

"The update won’t be built into the Western release of Sword Art Online: Hollow Fragment," producer Yosuke Futami said in an interview with Siliconera. "We’re currently considering to bring the large scale update from Japan over."

More of the interview is available at [Siliconera]

Posted by Unknown at 11:40
Email ThisBlogThis!Share to TwitterShare to FacebookShare to Pinterest