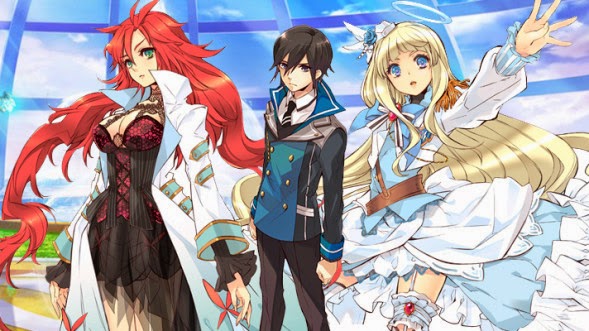 Nippon Ichi have released a story trailer for The Awakened Fate Ultimatum.
The trailer is entirely in Japanese, but a story outline (we've included it below the trailer) is available to read that will give you an idea of whats in store. The game is set to release in the spring of 2015 in the west. Have you already chosen who you will save?


"Several years after a certain revolution came to pass, and the powerful Satanael was defeated, the devils were still dominant in their constant war against the angels. Meanwhile, a certain Celestia was resorting to guerrilla warfare to survive. They focused on researching a way to create a “God” to use as their ultimate weapon against the devils. After creating the “Fate Awakening Crystal,” which can turn a human into a God, the angels could only wait for the day they found someone who was compatible with it…

One day in the Human World, a boy is attacked by a group of devils on his way home from school. He is stabbed through the heart, but as he is dying, he gets saved by a mysterious girl, and wakes up in an unknown location—Celestia. As if guided by the Fate Awakening Crystal that is implanted in his chest, he finds himself thrust into the middle of a war between angels and devils. With his newly awakened powers, he must choose how best to use them, and ultimately, which of the two new girls in his life he will be able to save…"

Source [Gematsu]
Posted by Unknown at 13:38
Email ThisBlogThis!Share to TwitterShare to FacebookShare to Pinterest