For the first time in E3 history, Bethesda have held a press conference.  Much excitement rumbled in the depths of the Internet upon the announcement of this news and it increase dramatically when they announced that Fallout 4 was coming soon.  So the question is this - did it live up to the hype?
Well, this writer says yes - it was an amazing show. 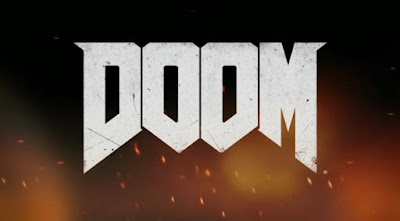 To kick of the show, Bethesda showed first footage from the new Doom title.  The aim of this title to pay homage to what made the original Doom so great and from what they showed us it looks very promising.  It plays very smoothly which allows for that classic run and gun game play we all love.  Also, the chainsaw is back it boy does it look fun.  As well as the classic chainsaw there seems to be a nice variety of weapons (very much like Wolfenstein) to use against the very horrific enemies in the game.  The game play trailer ends with you getting killed by a flying demon but it does not just fade to black saying you are dead. Oh no - the demon continues to rip your arms off and beat you to death with them.  Such a nice little touch there.
The multiplayer is going old school with fast paced arena based combat including modes such as Domination, Freeze Tag, Clan Arena.  Shown in a small trailer was a power up you can pick up that turns you into an over powered demon - it kinda reminds me of the Bioshock 2 Multiplayer with the Big Daddy Suit.
A huge surprise is that there is going to be a create & share mode called Doom Snap Map.  This will allow users to easily create new experiences by clicking worlds together.  It is not just about creating the environments either - the user can also modify the game logic thus creating a whole new game mode.  Just think of it as an 18 Little Big Planet.
The only way to describe DOOM is insane and is heading our ways Spring 2016.

As expected, Dishonoured 2 is up next on stage & it looks just as good as the first entry in the series.  Free running, assassinations and a gorgeous Steam Punk inspired world that includes sword wielding androids (why not).  In Dishonoured 2 though you get to choose to play as Corvo or Emily who both have there own sets of gadgets and powers.  Again, like the first you can either go in guns blazing or complete the game without killing a soul.
Also Dishonoured Definitive Edition is coming to PS4 and Xbox One this Fall.

As a series first Fallout 4 begins before the bombs fall.  Character creation a lot more streamlined and you can now play as either male or female.  A lot of game play was shown during the segment and the one thing that I noticed is that the characters move more like a real human now.  As shown in the original trailer you can have a dog as a companion who can interact with the world and even give you a helping hand by picking items up or even in combat.

VATS is back but to be honest it would not be Fallout without it.  The Pip Boy has been updated for Fallout 4 too.  If yo have played Fallout before you will know that you spend a lot of time in the Pip Boy checking stats so in Fallout 4 they have made it a little more interactive.  First of all instead of taking up the entire game screen, you see the PipBoy in full on your watch including your hand that uses the controller.  A before, items can be viewed (including layered armour) and holo tapes can be listened to including ones that are games!
Crafting has been upgraded too.  You can craft anything you want now including houses and furniture. It allows you to create your own settlements which do become populated.  Unlike other Fallouts though the item required for crafting are more of a description now.  For example if you need glass to craft you can pick up an alarm clock and scrap it to get glass.

A collectors edition is on the way too which includes a PipBoy!  You can put your phone inside the PipBoy and run an app to emulate the software that is in the game - it runs as a second screen to your game play but do not worry you can still use the app if you do not have the PipBoy.

As well as the PipBoy app, another Mobile game has been created for Fallout. Entitled Fallout Shelter, you get to create your own vault, you become the overseer and look after you dwellers.  It is basically a people management Sim.  The game is going to be free but there is no pay wall timers (if you build it, it builds instantly) and there is no Internet connection required.  It is now out on the Apple App Store now (Android will be coming at a later date)


So that is it guys - what a way to kick of E3.  All titles shown look very promising and I am looking forward to them all.
Were you happy with the games shown?  Let us know in the comments below.
Posted by Unknown at 08:57
Email ThisBlogThis!Share to TwitterShare to FacebookShare to Pinterest