Once again it looks like more details have been leaked before the official announcement.  This time it is Nintendo's turn who has mistakenly announced new Amiibos heading our way. 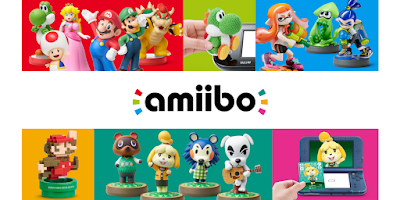 This image was Tweeted on the Official Nintendo account and shows of new and upcoming Amiibos.  As you can see though on the bottom row are new Amiibos that have not even been announced yet!  Included is an 8 Bit Mario, 4 Animal Crossing Characters and an example of the upcoming Amiibo Cards.

This leak was found by @AmiiboNews who also have a rather blurred screen shot of what looks like a Pikim Amiibo.

It is a shame all leaks keep happening but hopefully there will be still more surprises in store over the next couple of days
Posted by Unknown at 22:01
Email ThisBlogThis!Share to TwitterShare to FacebookShare to Pinterest