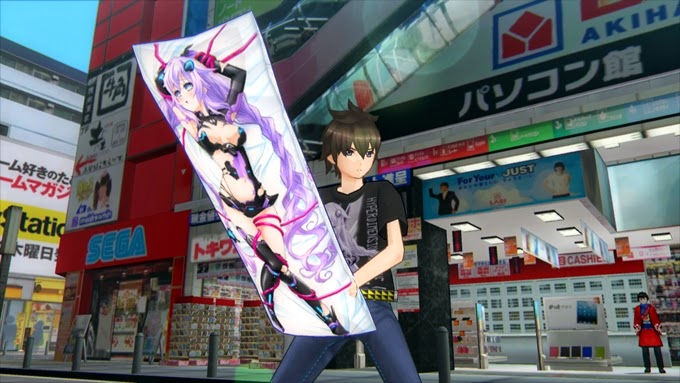 A press release via NISAmerica announces Akibas Trip Undead & Undressed for Europe.
The game is due for the Playstation 3 & PSVita on October 10th, the PR statement reads as follows:


NIS America is thrilled to announce that the exciting action RPG AKIBA’S TRIP: Undead & Undressed will hit Europe on October 10 for both the PlayStation®3 and PS Vita systems. Developed by ACQUIRE, AKIBA’S TRIP tells the story of one unfortunate soul: a young man named Nanashi who was lured into a trap by the promise of rare character goods and transformed into one of the walking undead. However, he was spared the worst of his fate by the bloody kiss of a mysterious Synthister hunter named Shizuku. Together with the rest of his companions in an organization unofficially dubbed the “Akiba Freedom Fighters,” Nanashi and Shizuku must uncover the truth behind the Synthister plague and save Akihabara from being overrun by violent, antisocial energy vampires.

It is not known yet whether we will recieve physical or not, although with it being NISAmerica theres a high chance we will, or if the Ps4 version will make its way over at some point. Either way, its still good news for our EU otaku's.
Posted by Unknown at 10:45
Email ThisBlogThis!Share to TwitterShare to FacebookShare to Pinterest