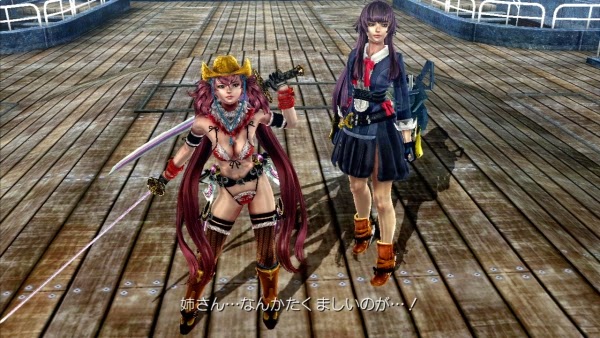 Famitsu reveals that Onechanbara Z2: Chaos is in development by D3 for the PlayStation 4.
The sequel is due in Japan this October, complete with 1080p & 60 frames per second on Sony's swanky machine. The game is also said to make use of the PlayStation 4 touch pad with a new “Quick Time Kill” element and will feature 4 characters that you can switch between freely during combat. With the previous release on Playstation 3 not lumbering west, its likely this one may not too. Still, doesn't mean we can't import though...

Source [Gematsu]
Posted by Unknown at 12:15
Email ThisBlogThis!Share to TwitterShare to FacebookShare to Pinterest