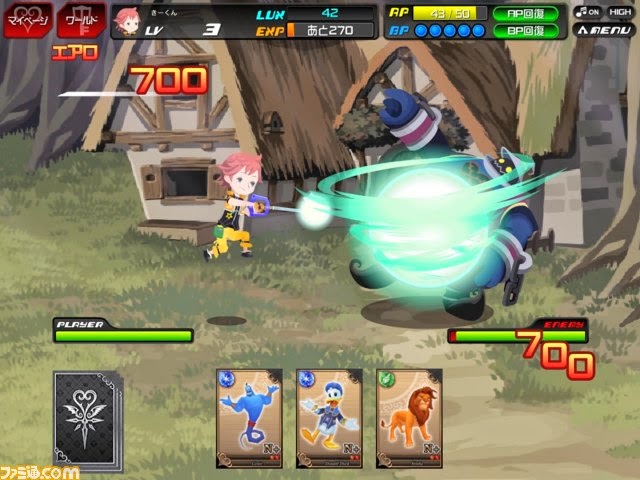 Kingdom Hearts X(chi), is a browser game based within the same universe as the main series.
In it you play as a Keyblade wielder during the great Keyblade War, with this part of the story weaving into aspects of Kingdom Hearts III. With SquareEnix bundling items from X(Chi) into KH HD 2.5, its leaving many wondering how this part of the saga is still only available in Japan. Fans of the series will be pleased to know that word from Disney, via Siliconera, is that the localisation of the browser game is still on track & intended for release in the west. Square Enix have been trying to get a game network to publish the game, as the closure of Playdom by Disney earlier in the year has been cited as one of the reasons for the delay. There is still no firm time frame for the games release, but at least we know its not been abandoned just yet.

Source [Siliconera]
Posted by Unknown at 13:43
Email ThisBlogThis!Share to TwitterShare to FacebookShare to Pinterest