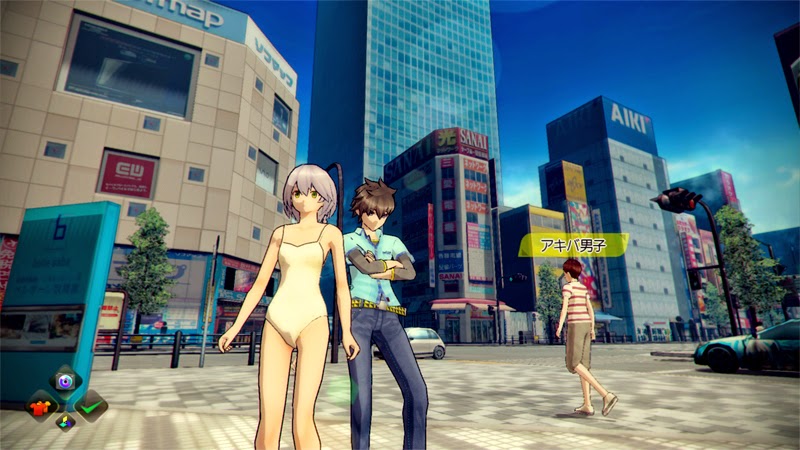 The newest gameplay trailer for Akiba's Trip: Undead & Undressed.
This latest gameplay footage takes a look at the Playstation 4's Share & Chat feature that allows players to type commands into your comment feed to effect the game. For example :
The game is due for release on Ps3 & PSVita later in the year for NA.

Posted by Unknown at 13:40
Email ThisBlogThis!Share to TwitterShare to FacebookShare to Pinterest