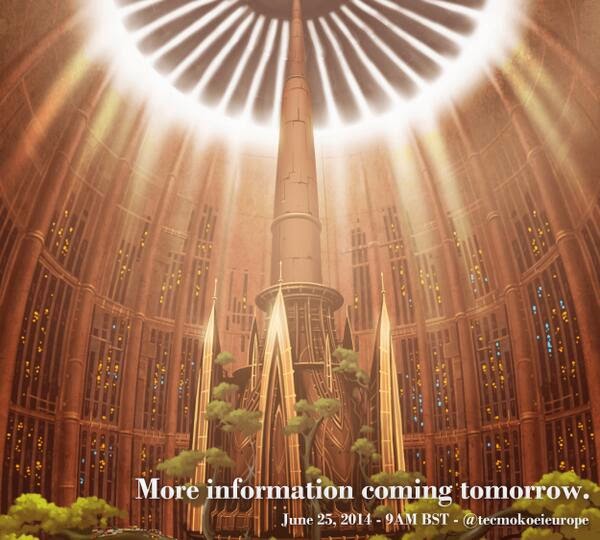 Tecmo Koei EU have teased an announcement for 9am tomorrow via Twitter.
Only this singular image has been shown so far, but even that's enough for some folks to deduce possibilities. A localisation for Ar no Surge, the Gust-developed PS3 sequel to Ciel no Surge, is the game on every ones lips as the prospective one. With news leaking yesterday of a Vita port for the title in question for Japan, its stands a decent chance of being the game in question. Ultimately though, who knows? But we only have to wait till 9am GMT to find out.

Posted by Unknown at 15:08
Email ThisBlogThis!Share to TwitterShare to FacebookShare to Pinterest