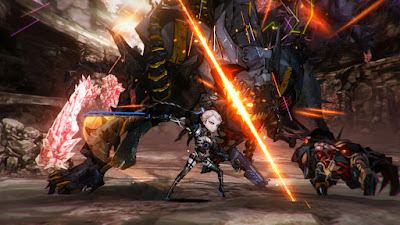 Coming to the Japanese PS4 and Xbox One store this week is the Indie title Earth Wars. The 2D action side-scroller has been developed by the Japanese Indie game company Oneoreight.
Earth Wars is set in 2020 and you play as an ANTI special reinforcement soldier who is faced up against an unknown force called the EBA who have a nasty habit of destroying countries.

The gameplay looks frantic and the animation reminds me of something straight out of Thunderbirds. If you happen to have access to a Japanese account it will be available from September 18 th - if not check out the game play trailer below.


Posted by Unknown at 16:53
Email ThisBlogThis!Share to TwitterShare to FacebookShare to Pinterest