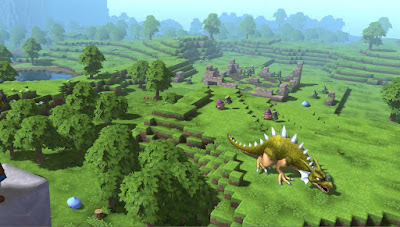 Dragon Quest Builders is looking like it is going to be a huge hit in Japan when it releases on January 28th 2016.  It blends the game play mechanics of Minecraft with a structured world of an RPG.  This could be the element that makes the game appealing to those that could not get hooked on the Minecraft phenomenon.


Builders is releasing on the PS4, PS3 and Vita.  No Western release date as of yet but I think they would be foolish not to release it worldwide.

Posted by Unknown at 21:07
Email ThisBlogThis!Share to TwitterShare to FacebookShare to Pinterest