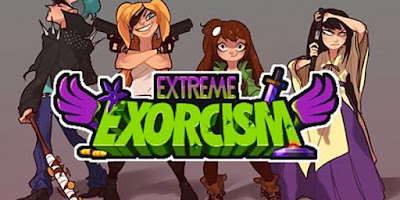 Less is more - this is how Golden Ruby Games describes their upcoming platformer game, Extreme Exorcism.  This is a game that will pretty much punish you if like to button bash attacks.
The goal of the game is a very simple one - you spawn in a stage (which can be played solo or co-op) with the simple goal of destroying a possessed chair that jumps randomly around the stage.  You can destroy it using what ever you have in your arsenal.  However though, once you kill the chair of the stage, the next stage will start with a ghost that will mimic every move and attack you carried out in the previous round.  It sounds all fun but the ghost are enemies and your attacks from round gone by can kill you so your focus may shift from the possessed chair onto these ghost.  Needless to say it will change the way you play the game in future rounds.  The developers have given some handy tips over at the PS Blog; 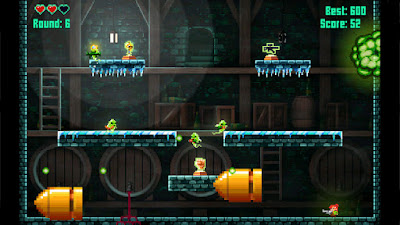 At EGX next week I will be getting my hands on this game so stick around for my impressions on this hardcore platformer.  At the moment this is looking to be a very good couch co op game which will bring hours of endless fun and anger.


Posted by Unknown at 17:42
Email ThisBlogThis!Share to TwitterShare to FacebookShare to Pinterest